If you’re new to boot fandom or even if you’re not, you might be a little confused by the way people talk about lasts. A lot goes into making a good boot and if you want to make sure you get your moneys’ worth, you’ll learn what you can about the leather (tier, grain, tannage) the sole (layers, shank, welt), and the fit.

The fit is where the conversation about lasts comes into play. Visit Reddit or any shoe discussion forum and any discussion about boots quickly turns to their lasts. It’s far more mysterious than leather and sole, and for new and old fans alike, it’s the final frontier of footwear. The last is the last thing you’ll learn about a boot.

So What Is a Last?

It’s a model of a foot that, more often than not, is completely unique and a boot company’s most closely guarded secret.

“It’s the foot form that the shoe is made from, so the shape of the shoe is going to be determined by the last, whether it’s leather or fabric it’s going to assume that shape,” says Neil Munro, owner of NMF Shoes, an American factory that designs and manufactures shoes for many well-known American boot companies. (He’d rather not name those companies without their permission, but you’ve heard of them.)

“The final shape will be determined by the last toe shape, heel height, volume measurements, ball and instep placement,” he says. “It’s the very essence of the shoe, the primary thing that determines the fit.”

Why Does Every Shoe Company Have a Different Last?

Basically, it’s a shoe company’s secret sauce. Now, there are other factors that contribute to the fit: the material that’s used, the way the pattern is engineered, even where the seams are placed. But by and large, the last determines your fit — and every boot company has different lasts that they absolutely will never share with their competitors.

“There are very few things that differentiate brands today, because it’s not hard to come up with the same fashion and look as other companies, so the fit becomes a huge differentiator,” says Munro. “No brand would want to divulge the exact dimensions of any of their given lasts because they spend a lot of money developing them. It’s a trade secret, it’s like the formula for Coca Cola.

Even if you did, it’s almost impossible to copy a last, so don’t get any ideas about a career in last heists or boot espionage. You can copy the toe box, but then things get too complicated.

The simple reason for this is that everybody has a different shoe size. There are very few people with a textbook size 10 dimension that you’ll find on a Brannock device. People who buy size 10 shoes have close to a size 10, but it’s the way a company approaches their last that will determine if it will fit your size 10. 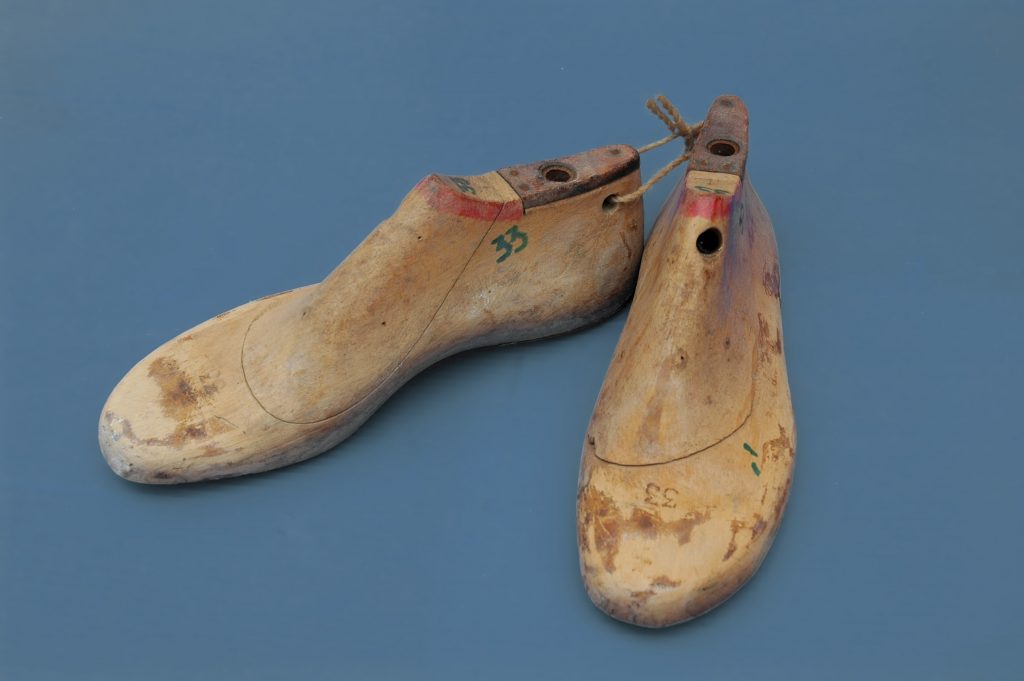 How Does a Company Decide on a Last?

Some companies have used the same last for decades, and that’s because you don’t throw away a good thing once you’ve got it.

“The designers make the first step because they know the look,” says Munro, who has been a part of many, many meetings about lasts. “Let’s just say for a casual boot, they might want to capture a higher, chunkier heel look for blue jeans. That might mean a broader toe or a certain heel height, so you start from there.”

Lasts, he emphasizes, are very expensive to develop because they’re tweaked one baby step at a time. Another reason they’re so precious is because at the end of the day, it’s what will keep a customer coming back. Especially in these times of direct to consumer brands, we don’t want to spend time playing around with fit, sending shoes back to the manufacturer, and trying all over again. Once you know someone has a last that fits you, you stick with it. And if the last is good, you’ll tell your friends.

The Future of Lasts

“There are very few last makers now because when you make a last, a person is actually going to take a wood model and he’s going to carve that thing out by hand, sanding it down, and there are very few people with that talent left anywhere in the United Sates,” says Munro. “That is another problem going forward for a lot of factories and brands, because they don’t train people the way they use to. And once they retire they’re gone.”

Nothing is more important to your comfort than the last, and nothing is harder to replicate. So if you find one you like, don’t forget its name.

2 thoughts on “What Exactly Is a Last, and Why Is It So Important?”