There is perhaps no article of clothing more evocative of the American aesthetic than the denim jacket.

Cool, rebellious, rugged, and chic, this timeless garment is as stylish today as it was when it first popped on the scene in the early 20th century. As ubiquitous as blue jeans and leather boots, it’s easy to assume that the denim jacket just always was, but it actually bears an interesting history, traced along the contours of cowboys and counterculture punks.

So, where did the accessory actually come from and why does it have so much staying power? We’ll explore all that and more in our brief history of the denim jacket.

The Origins of Denim

Before we get into the denim jacket, we have to chat about the origins of the sturdy cotton twill textile that gives it its distinctive texture: denim. The name itself hints at these beginnings, as “denim” is derived from “de Nîmes,” or “of Nîmes,” a city in the Occitanie region of southern France where the material was born.

The fabric was reportedly developed in the early 19th century for sailors who needed tough trousers and jackets to withstand the harsh conditions of the open sea. Denim more than fit the bill, and quickly became the de facto material for seafolk and explorers across Europe. It was so popular, in fact, that it caught the eye of an American businessman that would forever change the way we dress. That man, of course, was Levi Strauss. 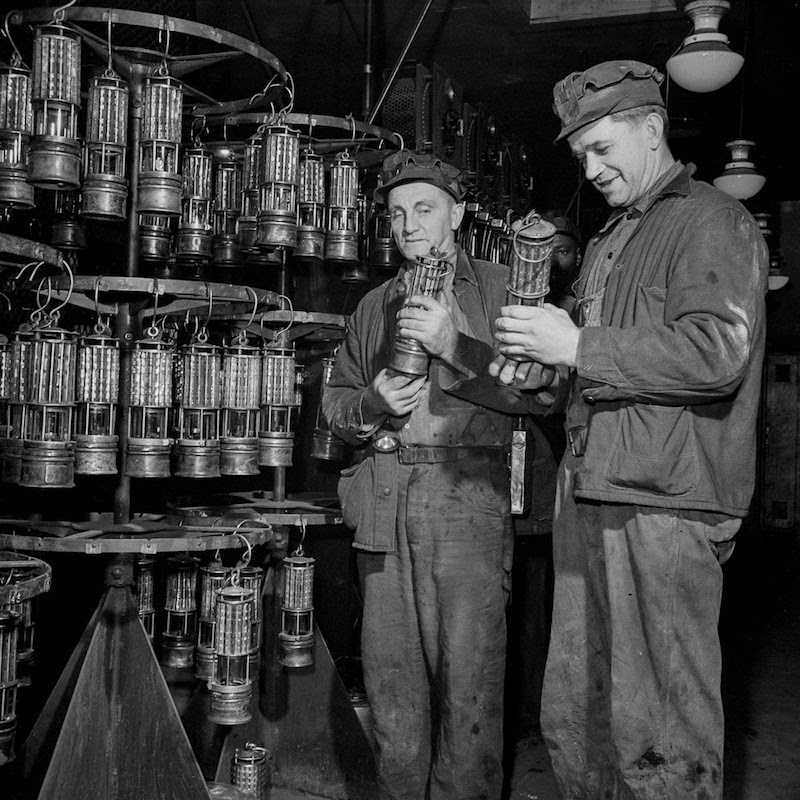 It’s said that Strauss brought denim over to the United States in the 1850s, where it was whipped into utilitarian trousers by designer Jacob Davis. The pair peddled the new pants to California miners during the gold rush and found the community to be a real mint of a demographic. There was such high demand for the work trousers (the seedling of the modern day “blue jean”) that Strauss and Davis decided to design a second denim garment in 1905: the Levi’s Blouse.

The top was meant to be worn in tandem with the trousers and featured a relatively simple design with four buttons and a single breast pocket. Again, the accessory gained quick popularity among miners and was soon introduced to other groups of outdoor laborers, such as railroad workers and cowboys. This latter demo became particularly associated with the blouse, which, by 1930, had evolved into the “Slim Jacket,” a design similar to the denim jacket we know and love today.

So… why the close association with cowboys? Turns out Hollywood had a little (okay, a lot) to do with that.

Denim entered the public consciousness at pretty much the same time cowboys did, thanks in large part to the popularity of Hollywood Westerns in the 1930s.

In these films, cowboys were portrayed as strong, masculine rebels who operated outside the sphere of “civilized” society. They took matters into their own hands, sought justice, kissed the girl, and saved the day, all while swaggering about in tough-looking denim duds.

While these representations weren’t totally true to the cowboy experience (which entailed a lot less machismo and a whole lot more, you know, hard labor), the image stuck, and cowboys and the clothes they wore were cool, even if denim was still as yet not commercially available.

Denim would get another boost from Hollywood in the 1950s and 60s when filmmakers swapped out the western rebels of yore for a new type of antihero: the young, handsome rebel without a cause. This spirit was embodied by James Dean in the namesake film as well as by the likes of Marlon Brando and Steve McQueen, broody hunks who typified a new masculine ideal of angst, ennui, and distrust of “the man.” Oh, and yeah, they also happened to wear stylish denim jackets like, all the time.

It was around this time that denim spiraled outwards to the public, first with the sale of blue jeans in the early ’60s and later with the debut of the “Type III” Denim Jacket from Levi Strauss & Co in 1967. Though popular with many folks, it caught on most quickly with the counterculture youth of the ’60s, who donned it in defiance of their parents’ button-upped professional wear.

As with most “cool” trends, the denim jacket eventually entered the mainstream, becoming a closet staple by the 70s and 80s. Artists like John Lennon and Bruce Springsteen especially popularized the look, making it accessible for rockers and blue-collar workers alike. By the time the early aughts rolled around, the denim jacket was an undeniably universal accessory, reproduced by everyone from Levi & Strauss to Wrangler, Calvin Klein, Tom Ford, Gucci, Dior, and more.

Well folks, that about does it for this deep dive into the history of the denim jacket. For more fun denim content, check out our guide to the 4 Biggest Misconceptions About Raw Denim.

1 thought on “Just How Denim Jackets Became So Popular”