I was recently in London and after spending some time at denimhead meet ups, there was one place I kept hearing whispers of: Blackhorse Atelier.

The biggest and only jeans factory in London, it’s entirely unique in the city’s landscape and a labor of love helmed by Han Ates, who created the company out of a love for his community and, of course, of really, really good jeans.

I was able to interview Han on location to learn more about his philosophy and the global forces that led to Blackhorse Lane Atelier.

Stridewise: What led to the creation of Black Horse’s jeans factory?

Everything started in this factory. I bought this factory about 26 years ago and we were making tailored jackets and employing about 110 people here.

So what happened? At the time I was 26: young, ambitious wanted to make lots of money, and wanted to learn a lot as well but around the world. By that time it was the late 90s and production, especially in the UK, in the late 90s production started to go cheaper countries – third world countries — and I followed that trend.

In 2000-2001, I stopped making garments in this factory and then went offshore to Eastern Europe. Customers were saying ‘we want cheaper.’

I went to China. I was going further from Eastern Europe. I went to the Far East and by 2007, I was really properly trading in China.

SW: You had a motivation for opening this factory here, and a large part of that was to be close to your family. But there’s also a grander philosophy to this operation that is to bring manufacturing and jobs to the United Kingdom, can you speak to that a little bit?

I had lived in the area for 22 years, but I didn’t know any neighbors and within one year of opening a restaurant, I started to reconnect with the community that I lived in.

But when you run a fine dining restaurant, you are not in charge of the creative driving seat. I was missing my creativity. 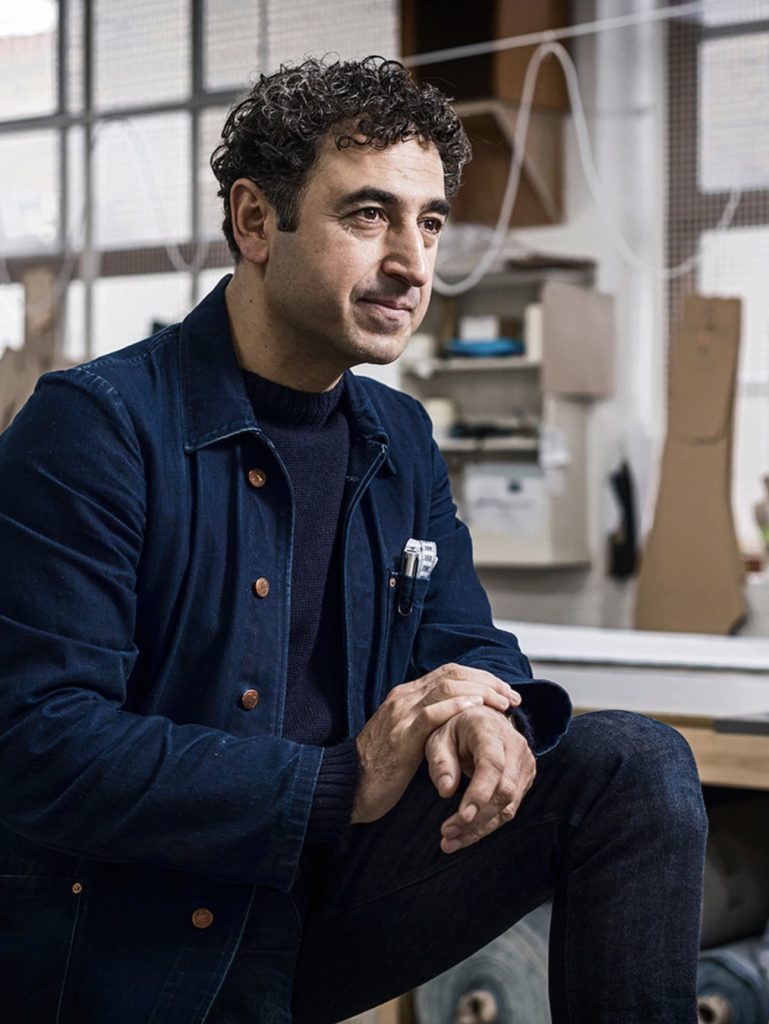 SW: What are some of the problems with the denim industry at large that you are hoping for Black Horse Lane Atelier to help to solve or at least contribute to remedying?

One of them is the making.

If you or your audience own any denim, I would suggest they look inside their denim to see how it’s made. You will find that lots of unfinished threads, it’s badly made.

That’s one problem, another problem is the quality of the cotton, and the quality of the fabric. Because traditionally, workwear has been cheap! There are so many political reasons for that. One of them was, historically, slavery.

And if you look at us 200 years later, we changed that into a different form and shape and we are still after cheap labor. But demand is incredibly high; I mean I would say more of today’s uniforms are jeans.

These days, everybody wears jeans, and with demand being high in order to get the cheapest possible garment to the consumer, we go further away and we use cheap labor, basically.

But with that, of course, quality gradually degrades. And we accept that as the norm. At Black Horse, we’re trying to change that.

SW: Could you speak a bit about the ethical concerns of the denim industry? There’s been a lot of talk about everything from difficulty sourcing the cotton to the sustainability of the fabrics themselves to the labor involved. What are some of the ethical issues surrounding jeans that are most important to you?

In order to achieve that you outsource your factories in places like China and Bangladesh and Pakistan, but the workers in those countries work in terrible conditions. That’s not ethical. So how do we change that, how do we reverse that?

Secondly, the cheaper a garment becomes, the quality goes down. With that, it becomes a throwaway item.

So at Black Horse, we give a lifetime repair guarantee. We want our customer to use their jeans for as long as possible. When you start using something long enough you build memories with it, so you are emotionally connected to the item. And denim is one of those items that the older it gets, the better it becomes.

We use that and we make sure that we give the lifetime repairs so that you as a consumer could use it for 10 or 15 years. So you build memories with that and you don’t throw away the item. We are trying to help reduce the throwaway culture.

So we connect and reconnect with our customers. That’s really important in today’s big fashion industry. They are disconnected from their customers.

[Learn More: The 5 Weirdest Naked and Famous Jeans of All Time] 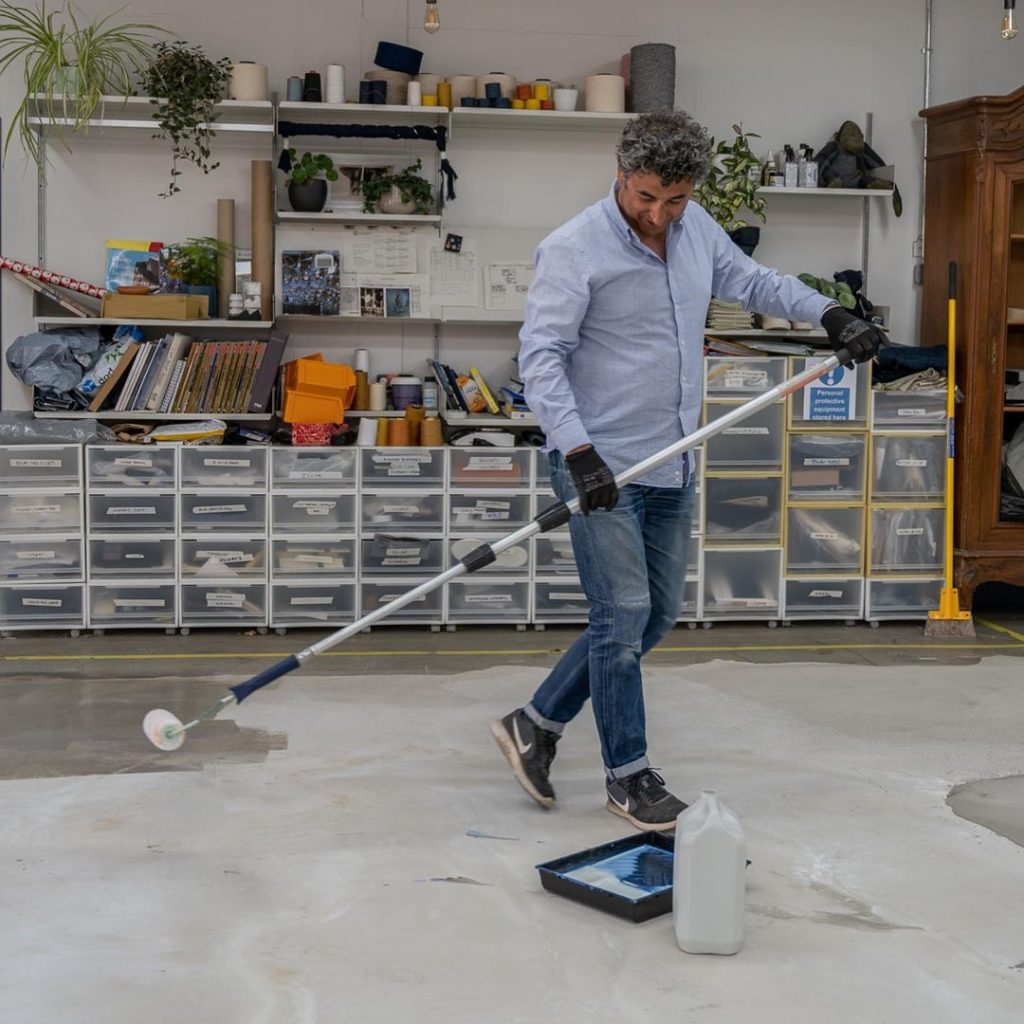 SW: When speaking about things like the creep of globalization and so on, there’s often an emphasis in these discussions about jobs leaving countries as well.

In the US, and I imagine it’s similar here when it comes to things like mills, but also you know mines and oil and that kind of stuff, there’s a lot of talk about jobs leaving the country. Is that also a big concern in the garment industry.

We want other designers to make garments in London, we work three ways.

One is we have our own label Black Horse Lane Atelier as a label, and we have a small shop in Kings Cross. So we sell it in our shop, we also sell it online and that’s one source of revenue we get.

We also do collaboration with other labels, Belstaff for example. We also make for other smaller designers, that’s really important for us. We want — it’s a bit like craft beer — we want more people making their own labels, their own garments in London, so that we complement each other rather than being the competitor to each other.

SW: Is bringing labor back to the UK a big goal here?

I want to be a realist: we cannot compete with Bangladesh in terms of labor prices. We do need more affordable garments in this country, definitely.

But what we also need is to change people’s mindset because when industry leaves this country, it’s not just the labor that leaves, it’s the expertise that leaves as well.

If you think about a city, one of the most attractive about the cities are the theaters the opera houses the museums, but if you look at the back at those industries you have thousands of makers supporting them — you know, costume makers and carpenters. We are supporting those amazing establishments. If we lose our expertise, we won’t be able to find any costume makers, for example, for fashion or for the film industry, or for theaters for operas.

So it’s really important that we retain our know-how and we can only retain it with smaller production units in the cities.

Cotton is a plant. In order to mass-produce cotton, you use lots of pesticides, lots of chemicals, and lots of water.

Cotton is made out of long strands, so in the automation and the quality of the production, you lose the integrity of that long strand. But equally, there are farms, and there are mills that use amazingly good quality cotton. So when you make your jeans with this good quality material it becomes more expensive. It’s a slower production.

SW: Where does your denim come from?

Traditionally Italians, but we use Japanese, Italian, and some Turkish, but mainly Japanese and Italian because we really believe that they make some of the best denim fabrics in the world, those two countries.

SW: What are some issues that you found with making all these subjects in London? What about this was more difficult than you were intending what about this is harder than if you were just to outsource it?

I think one of the most difficult bits for us is finding skilled workers because as a smaller production unit, a smaller workshop, we are really busy. Since the day we started, there was more work than we could produce, but we can’t find skilled workers here because of that expertise drain.

I would love to come and help anybody set up a place like this, so that we will have smaller production units in every city.

[Check out: 6 Under-the-Radar Japanese Denim Brands You Should Know About] 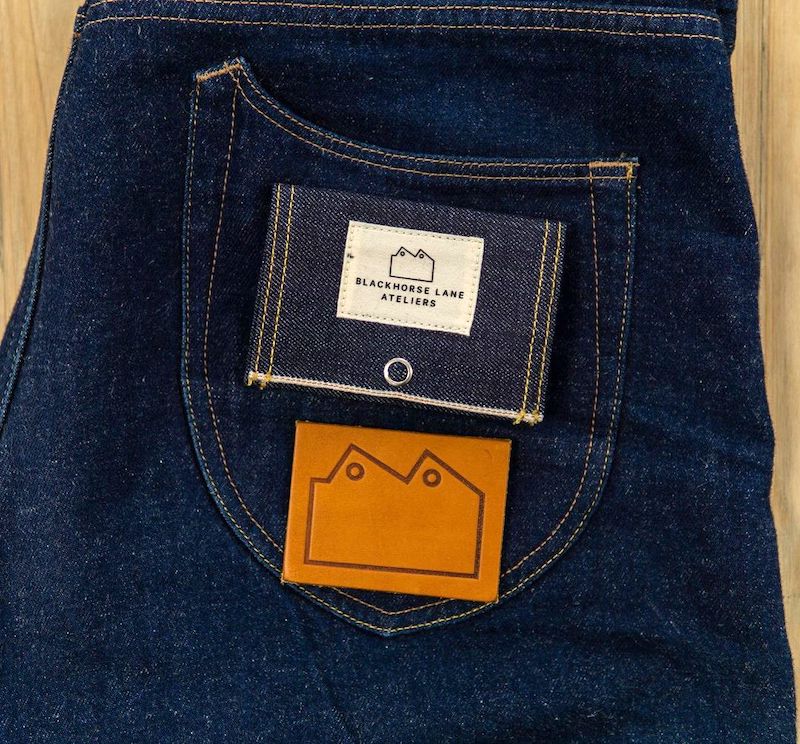 SW: What are your hopes for the future of Black Horse Lane Atelier?

We are going to launch our Research and Development department around sustainable washing with the University of Arts London.

My dream for Black Horse Lane is to become a proper commercial business with lots of students and lots of designers coming in and out, because when you’re in a school you learn only the theory but you don’t really learn what happens in real life. So I want to bridge that gap by opening our doors to universities here.