After months of preparation, filming, and editing, it’s finally ready: How I Learned Bootmaking. In five days. In Guatemala.

It all started when I visited the world famous Lefarc Tannery in León, Mexico, to learn how to make leather at a workshop. That’s where I met Mike Pelzer, the COO of Adelante Shoes, who had an idea. My plan was to give the blue goatskin I made to a boot factory back home in the States and have them make a pair of boots for me. Mike had a better idea: since I’ve reviewed all the major boots on the market, why not come to Guatemala and use my own leather to make my own boots?

The result was the most intense five days of my life: I had to learn everything from cutting the leather to nailing the heel before my return flight to New York City.

I was fortunate throughout the week to learn more about Adelante. Started by American aid workers Peter Sacco and Mike Pelzer, they don’t have the typical story of “business school bros decide to start a business.” The two had spent years in Latin America working in humanitarianism and journalism, and decided to launch the company as a humanitarian endeavor. Could they build a viable business that could help to improve the livelihoods of impoverished shoemakers in the Pastores region of Guatemala?

As it turns out, yes. Beginning with surveys to find out from the workers themselves what they felt an ideal wage and lifestyle would be, the company became a one-of-a-kind enterprise in Pastores and positions quickly became the most coveted in the area. Adelante’s workers are paid twice the local wage, plus they’re formally employed and receive health insurance, both surprising rarities in the economy. The formal employment rate in Pastores is under ten percent, even though most of the town’s craftspeople work in the highly skilled field of shoemaking.

Over the course of 5 days, I learned every step of making a boot from cutting the leather to finishing. It was a very manual and difficult process that involved a ton of glue, lots of sharp knives, sanding machines, broken glass, fire, and even lime juice. The hour-long movie at the start of this article is really where all the information is, but I’ve also included a shorter, ten-minute version a little further down.

The first day we hand-clicked the leather for the uppers and lining. “Clicking” is the name for the process of selecting appropriate pieces of leather for appropriate areas of the boot — the better the clicking, the lower the likelihood of blemishes, scars, or loose grain appearing on your footwear.

Then I skived the pieces, meaning I used a machine to flatten the leather where it will be stitched. This way, there’s a thinner overlap of pieces, it’s easier to stitch, and it’s more comfortable on the foot.

Day 2: Sewing and building the uppers

Next, it was time to stitch the uppers. With zero sewing experience.

Now, when the guys at Adelante say they’re handmaking boots, there’s very little tech involved. Using my foot on a pedal and my hand on a crank, I spent hours learning to control the speed on “practice leather” and keep myself from destroying the very limited supply of leather I’d brought over from Mexico. 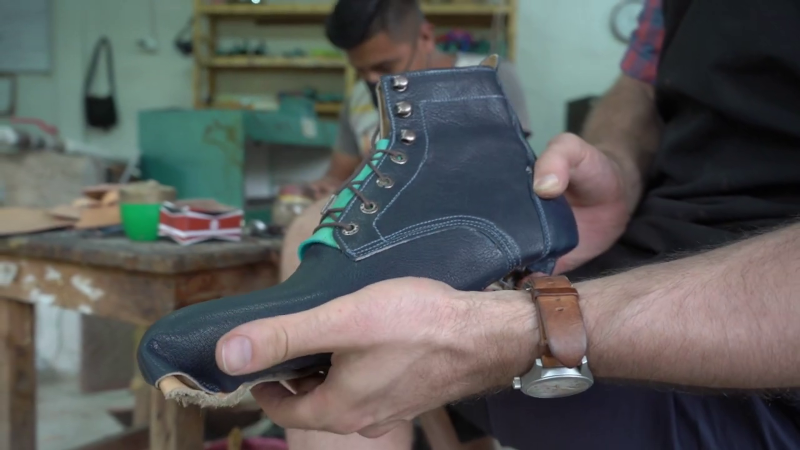 How does the leather become a boot? It all comes down to the last, a foot shaped mold that dictates the final shape of the boot. You build the boot around the last, wrapping the leather and stitching the sole, until the very last step of removing the last: that’s when your boot is finished.

But lasting is very difficult, especially when you do it by hand. There are over 100 steps and it’s where, Mike told me, “The true craft for the craftsmanship comes in. The sewing is a skill, lasting is an art.”

Wrapping the uppers around the last was insanely tough and it took real manual strength. You have to stretch the leather with one hand, hold it in place, and nail it with the other hand. Over, and over, and over. 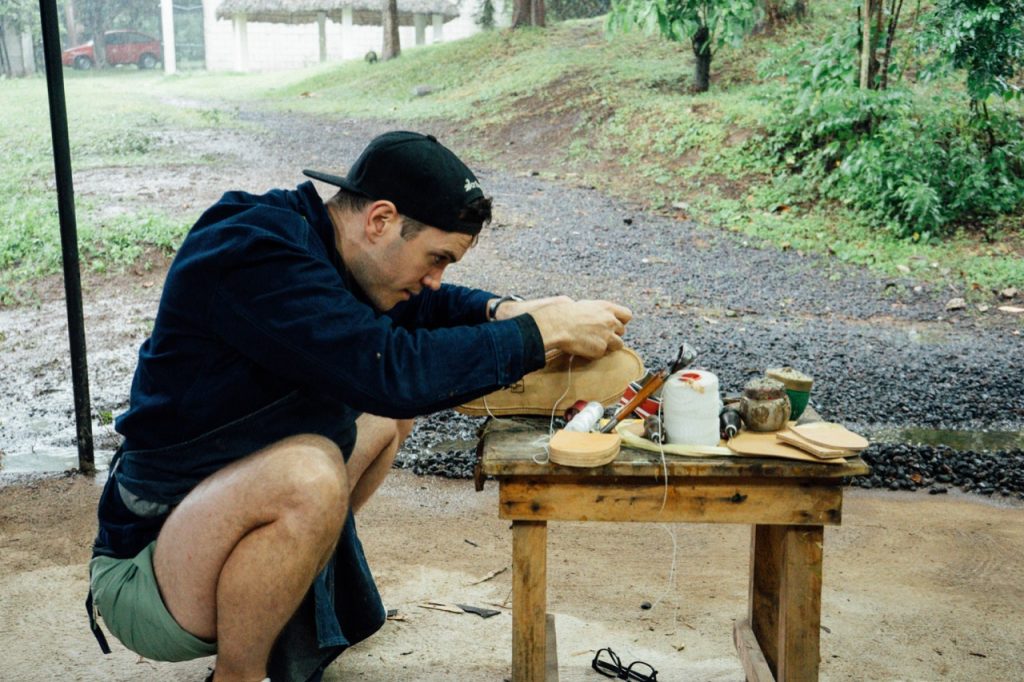 I was unable to learn how to use the Goodyear welt machine — it’s a skill that takes more than an hour to learn and the risk of destroying my boots was too high — so I chose to hand-welt them. , which took most of the day.

We also added a stiff leather shank and some EVA foam, using glue.

[Related: Why Handwelted Boots Are Better]

The finishing process is deceptive because you think it’s just smoothing the edges of the sole, but it’s actually very involved and laborious. It’s also important because if done wrong, the boots look terrible. (Just look at the comparison between my poorly done boot and the expert boot made alongside it.)

Finishing involves using a belt sanding machine to smooth the stacked leather heel and edges, polish, lime to seal the leather’s pores, glass to further smooth the sides, and much more.

To get some more detail on the process, check out these follow up videos and articles: