The discovery of Naked and Famous’ Milk Selvedge had me spiraling. Denim that’s 77% cotton and 23%… milk?!

As in cow juice?

Wild as it sounds, it doesn’t actually take much to transform the delicious, nutritious liquid into a fluffy, fibrous substance that can be turned into silky-smooth denim. Michael Kristy, the man behind one of our favorite heritage fashion YouTube channels The Iron Snail, took us on a tour:

What Is Milk Yarn?

How does milk fiber work? A lot like wool, actually.

Both are, on a molecular level, just protein produced by the body of a mammal — the biggest difference is that wool already comes in fiber form. Milk fiber is made (with considerably more steps) from casein, the protein lurking in the amino acids of cow milk.

For those looking to get swole, casein protein powder abounds in any supplement store, as it’s relatively easy to extract by adding acid, enzymes, or heat to milk. (Casein is the main protein in cheese and the curds of “curds and whey” fame is just casein and fat.)

But how do you turn Miss Muffet’s snack into jeans?

To start, the milk is fermented and defatted, and the casein is separated from the liquid. The casein is then treated with an alkali solution, which causes it to clump up into threads, and then passed through a spinneret: a big, industrial machine that spins those threads together. (Imagine a cotton candy machine, but with a final product that you definitely don’t want to eat.)

After being extruded, the fibers are passed through another chemical bath, which toughens everything up further, and then they’re ready to be spun into yarn and woven into cloth.

“The fabric is meant to imitate the properties of wool with the hand of silk,” says Kristy. “So it’s oftentimes used in lingerie and underwear. It’s naturally antibacterial, a great insulator, but it absorbs a lot of moisture and swells up, and it’s easily damaged by mildew and alkalis, things like that.”

While there are some designers making 100% organic milk fibers, the treatments and chemicals used in this process means that the final product is a semi-synthetic fabric.

Even though it may not be all-natural, it’s not all bad: spoiled milk works just as well as the consumable stuff for the milk fiber process, which means it’s a great way to put to use what would otherwise go to waste.

And finally, yes, it is only cow milk that works. Though many of us drink a milk substitute these days neither oat nor soy nor almond milks contain the necessary casein to turn a milky liquid into a silky, solid thread. 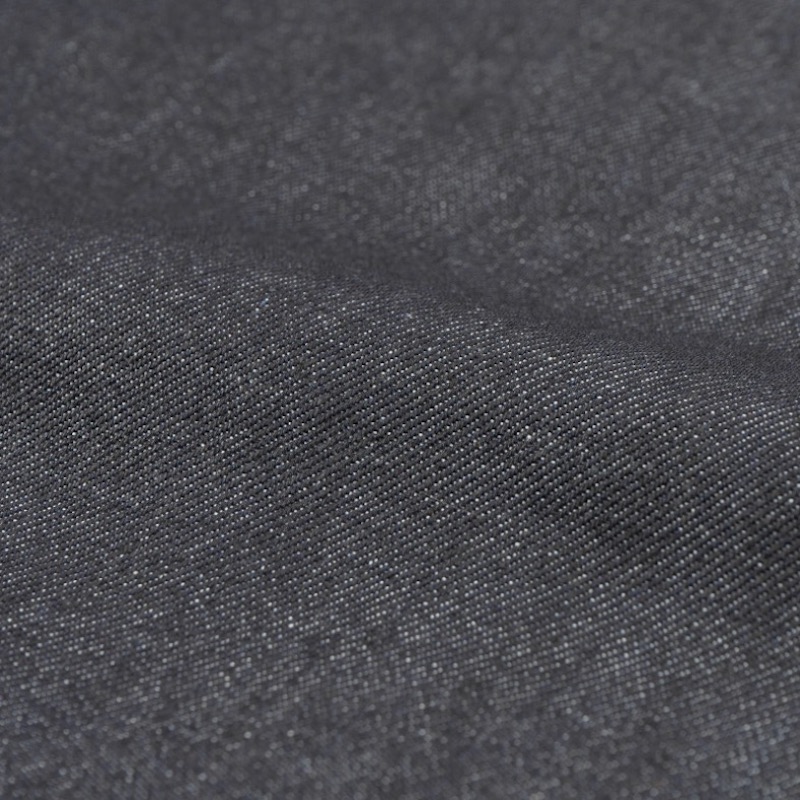 The History of Milk Cloth

This process may sound high-tech, but milk cloth is over a century old. It was conceptualized by an Italian chemist at the beginning of the 20th century and perfected, two decades later, by an engineer working for a state-sponsored textile company called SNIA Viscosa. In the weird, pre-WWII bubble of Mussolini’s 1930s Italy, a lot of people wore milk fabric — 10 million pounds were produced in that decade alone.

The milk fabric craze wasn’t confined to its home country, either. The otherwise-sanctioned Italian government had great success exporting this new, cheap synthetic internationally, including to the US. In the early 1940s, under the brand name Arlac, milk fabric could be found everywhere from avant-garde, high-end New York fashions to the uniforms of soldiers being shipped overseas. It thrived as a cheap alternative to fabrics that were harder to come by during the austere wartime years.

Post-war, though, popular opinion turned on milk fiber. Consumers began to realize that Arlac, when left damp for too long, began to smell of sour milk, leading to a flurry of complaints. At the same time, the market was flooded by the arrival of acrylic, nylon, and polyester — all cheaper and easier to produce fully synthetic fabrics — which edged out milk fiber almost entirely.

“Milk fabric kind of is the coolest thing that came at the worst time,” says Kristy. “Rayon is a semi synthetic fabric, that blew up, everybody loved rayon. Then in Italy, milk fabric was invented and everybody was like, ‘Whoa, this is great, this is awesome.’ And then nylon and polyester were invented, and everybody was like ‘Get that milk stuff away from me.’ So it could have been huge, but basically technology beat it and fully synthetic fabrics beat out the semi synthetic fabrics because they’re cheaper and a little better.”

“Original casein fabric was not eco-friendly at all. It used a ton of chemicals, a ton of water, a lot of formaldehyde, but it was the ’30s. I feel like in the ’30s, people were like, ‘Doesn’t concern me!'” says Kristy.

But he notes that today, there are more eco friendly versions of the fiber like Qmilk, which is made with waste milk that’s not fit for human consumption, it’s made without chemical additives, and it can be safely dissolved at the end of its life without tainting water sources. So milk fabric has come a long way.

How Does Milk Denim Feel?

These days it’s having a renaissance, in no small part because the milk fiber feels great against your skin. With new tech and manufacturing processes, concerns about weird smells are minimal. It’s silky, smooth, and slightly cool to the touch, which makes it a great option for lingerie and other soft options. It’s also antibacterial and moisture wicking, two more qualities it’s easy to love in a pair of jeans.

“These pants are not crazy different (feeling) but I put them on and I was like oh, OK, this is a different game,” says Kristy. “They felt a lot softer on my legs when I put them on because the inside of the pants is really soft and very smooth. When you put them on you’ll be like, ‘Oh, this is like sliding into a big, 8-ounce glass of milk.’ So there is something to them.”

When it comes to Naked and Famous’ Milk Selvedge jeans, there’s a lot to fall in love with. Selvedge denim is always already considered superior quality; it’s made using a heritage method on looms which are narrower than the massive, industrial ones that churn out fast-fashion denim. “Selvedge” comes from “self-edge” — the narrow loom means the denim has a tight-woven edge that won’t unravel.

This particular selvedge is also a raw denim, which means you get them unwashed and untreated. Like a quality pair of leather boots, raw denim wears in and acquires patina over time, molding to your body in a perfect custom fit. Just remember to get them a size or two larger than usual, since they’ll shrink considerably on that first wash.

Usually, raw denim is 100% cotton, but the addition of milk fiber to these jeans adds a creamy softness. The cow-print pocket bags and cow-hide tag are both subtle enough that they don’t feel gimmicky. Plus, they’re a perfect excuse to tell someone that your jeans are made out of milk, a novelty which doesn’t get any less weird and cool the more you know about it.

Featured image via The Iron Snail — check out his YouTube channel.