If there’s one thing that scares fashion bloggers more than spilling craft beer on their jeans, that thing would be finding a “MADE IN CHINA” label on a shirt that they have been eyeing all week.

For many, something being MADE IN CHINA is an automatic dealbreaker. “Made in China,” they feel, implies cheapness, the exploitation of labor laws, and inauthenticity. These are valid reasons to avoid some Chinese made clothing, but putting aside the question of how authentic it is to wear 1950s mining outfits in a 21st century city, in this article I will dispel the misconception that all Chinese made goods should be avoided by providing you with some amazing companies who are delivering quality products to consumers around the world.

For starters, I want to talk about denim. Denimheads swear by their “made in the USA” or “made in Japan” jeans and anything else is considered second best.

My guess is that denimheads believe jeans to be a symbol of the “Americana image” that they want associated with their style. Though I have to admit that it is a lot cooler telling people my jeans are made in the States or Japan, having Chinese manufactured clothing doesn’t need to be something to be ashamed of!

Many of the brands that we see on the Chinese market, such as Sauce Zhan or Bob Dong or Red Cloud, have fantastic products. They often use Xinjiang cotton in the manufacturing process. This just means that they source their raw materials from in the Xinjiang region of China, and although not as popular as cotton from Zimbabwe or Texas, many experts in the textile industry would agree that Xinjiang cotton is worthy in its own right. First of all, it is a longer staple cotton which means the fibers are stronger and more durable. Long staple cotton tends to pill, wrinkle and fray less than cotton with a comparably shorter staple.

Now what about ethics? Are you not supporting cheap labor when you buy Chinese made goods? The short answer is that in some cases, yes, but like all short answers to complex questions, certain crucial information is omitted here.

While Chinese labor is cheap relative to American standards, the impacts of Chinese manufacturing can be transformative to families, and underdeveloped regions of millions of people. According to Chinese domestic reports, for example, recent surges in cotton demands had lifted 317,400 people in 331 villages out of poverty in 2017. That means that by buying a pair of Chinese denim, you can be helping families send their kid to school or helping them put meat on the dinner table.

Now, I am not saying that you are ending world poverty when buy “Made in China” however, I can say that it’s shortsighted to dismiss all Chinese-made goods. You can make a positive impact with my purchase. 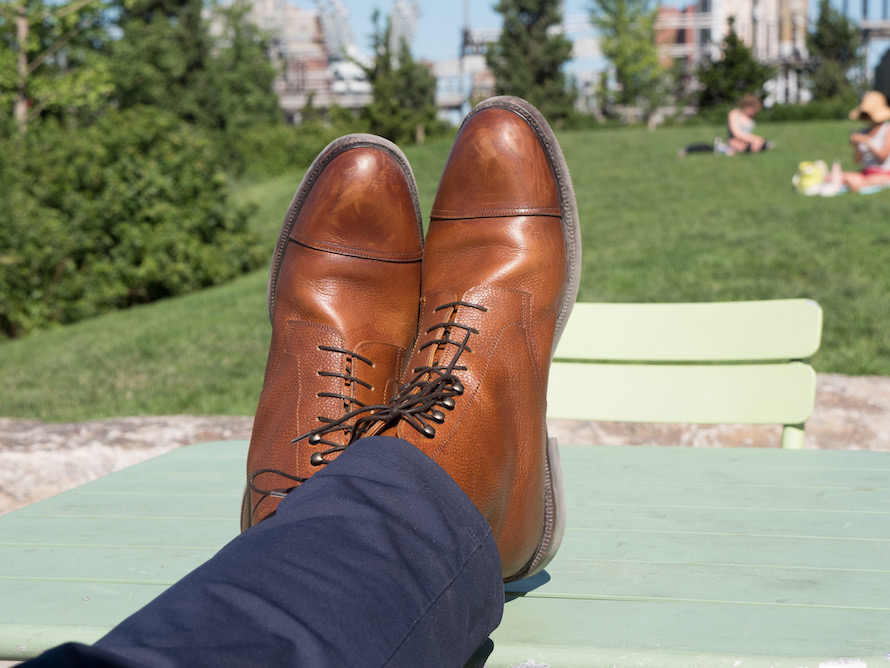 What About China-Made Boots?

The main concern that enthusiasts have with Chinese boots is that the quality may be inferior to America made footwear. I cannot speak for every Chinese manufactured shoe, but I can say with confidence that there are brands that are stellar with their quality, customer service and most important of all, transparency.

One brand, Meermin, that I’m sure many of us know about by now, actually manufactures part of their shoes in China. According to its founder Pepe Albaladejo:

the incentive of Chinese labor isn’t because its cheap. But because there is a well established expertise in China that can be readily employed.

Albaladejo himself has been training Chinese cordwainers for many years to the point where they are now masters of their trade. It is impractical for companies like Meermin to shift manufacturing to EU countries or the USA where the expertise isn’t available or where there is not sufficient demand for such jobs.

This is a little known fact about Chinese makers. many consumers just assume that its children at sweatshop that produces “Made in China” shoes. But you simply need to be discerning with which brands you patronize — there’s a difference between getting a pair of Meermin shoes and a pair off brand Puma sneakers.

[See my review of the Meermin Country Calf boot!] 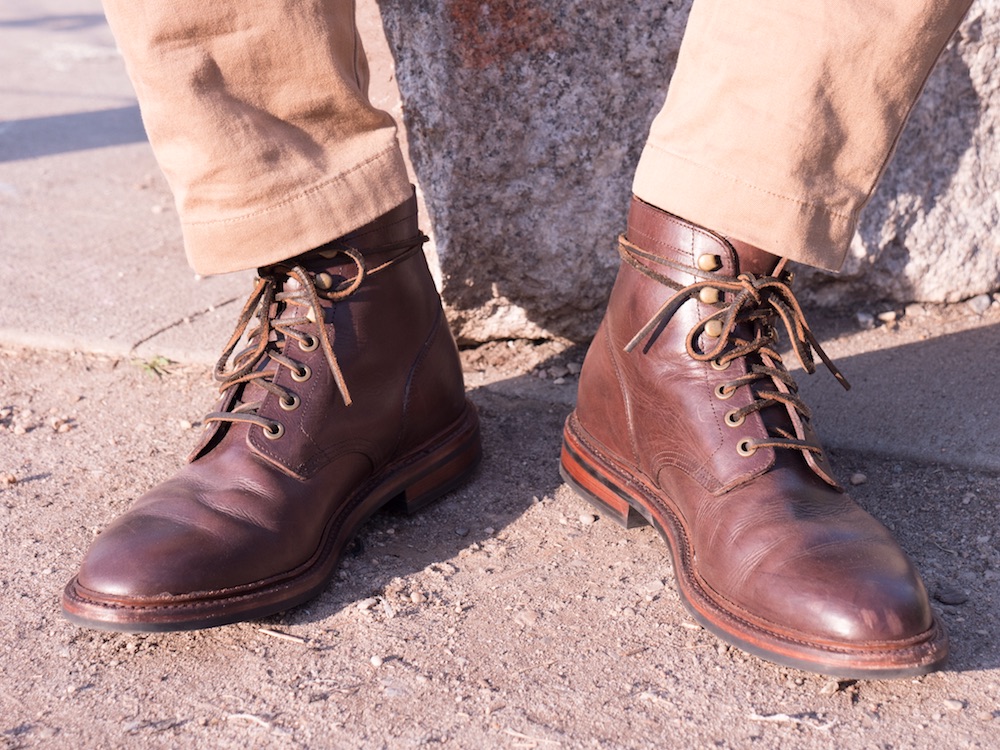 [The famously well made Grant Stone Diesel boot — made in Xiamen, China]

Another brand that takes pride in their Chinese manufactured footwear is Grant Stone. Grant Stone not only tells you where their factories are located but also assures you that the owners have the same passion for well-made footwear as the consumers. One of the co-founders actually started his career as an intern at a shoe factory in Xiamen.

When we started making samples with the best components available (thick leather insoles, cork, triple rib shank, leather heel counters, solid brass hardware, welts from Massachusetts, butyl outsoles) you realize that the quality of the product starts with the brand’s decision on where they need the price to land. If you use great materials and don’t cut corners, I’m sure there are plenty of manufacturers around the world who could make great product. Issues arise when brands are trying to be the lowest in the market and spec the product accordingly, cutting costs on components. This is what nearly everyone was doing back in the 90s when moving production to China: spec’ing the cheapest components possible to lower the price and grow volume.

In just the last 5 years, China’s labor pool is now pricing itself out of the ‘least expensive labor’ category. Especially around the coastal areas where cost of living has sky rocketed (we have a Starbucks walking distance from our factory). Products that include more in depth manufacturing are having a difficult time leaving even with the higher wages because these factories are excellent at producing.

We hope to continue growing in this direction, focussing on the quality putting the volume aside.

Companies like Meermin and Grant Stone do not just invest in themselves, but they invest in the local people. It is this very reason that helps them stand in the “Made in China” shoe market. When you have a positive relationship with your factories, the people are more inclined to give you a quality product. This is a stark difference from companies who stamp “Made in Italy” on their products but secretly employ Chinese workers who were moved from a Chinese factory to an Italian one now. I am willing to bet that it crossed no one’s mind that the person who welted their Gucci bluchers is Chinese and not a middle age Italian working in his suit at his private studio.

Its Okay To Buy Chinese

In conclusion, it is okay to buy Chinese. Not all Chinese products are cheap and unethically made. As mentioned above, there are a lot of brands that consumers have been sleeping on and should wake up to.

Besides, it’s 2019. Being prejudiced to things from other countries is so last year.

12 thoughts on “Op-Ed: Why “Made In China” Boots and Denim Shouldn’t Bother You”