When Red Wing decided to take their brand global in the 1970s, they had a problem. The boot behemoth had built its name as the go-to workboot for middle America as footwear that’s pretty stylish but above all functional and durable, whether you toil in Minnesota iron mines or offshore oil rigs. Most businesses prosper by finding a niche, and Red Wing’s entire identity had been constructed around the midwestern working class.

When your brand is so deeply tied to a specific identity and lifestyle, how does it cross cultures? In Malaysia, Red Wing more or less fit the brand’s blue collar ethos onto the nation’s robust oil and gas industries. But in Japan, Red Wing exploded as a lifestyle brand and the boots became coveted by pop stars, actors, and the nation’s trend-hungry youth.

I spoke with Michiya Suzuki, the General Manager of Red Wing Japan, to try and figure out how.

ガラガラのオフシーズンのリゾートで、だらだらとなにもせずに過ごす・・・ Luxury is to empty To-do-list.

Stridewise: How did an industrial workboot company become the boot of choice for Japan’s youth?

Michiya Suzuki: They were actually first introduced in 1976 on the cover of “Made in U.S.A.-2 – Scrapbook of America,” a hugely influential culture magazine. They took a lot of pictures of young, West Coast Americans who dressed in torn jeans, t-shirts, and very worn out workboots — the kind of Western fashion that became quite strong in the States after hippie culture died down.

That style didn’t last very long in the States but in Japan, that snapshot of that moment in time was so impactful that they started to adapt that fashion, and Red Wing was seen as cool fashion gear even though the American market as a whole didn’t really see it that way.

Red Wing didn’t have any intention to go to the lifestyle market at the time. Japan started the demand and the company just reacted. They eventually assigned a distributor to Japan in 1982, who still tried to sell Red Wing as industrial workboots until realizing that there was more opportunity as a lifestyle brand.

SW: Did Japan alter the boots to give them a broader appeal?

Our company didn’t want to create whole new shoes for the Japanese market but they did use different colors and leathers and design tweaks that weren’t seen in United States until much later. For example, we sold Oxford boots, a kind of shorter version of Lineman boots, long before the States did.

A key product for us was the engineer boot. No other market really liked the engineer boot but Japan loved them. But the turning point came when a black leather was developed for the 875  (the 6-inch moc toe) in the mid 90s — that’s when the Red Wing boom really began. No one in this workboot-oriented company thought that this kind of shoe should have black leather. But the Japan team did it and even though it was just a color change, it made people so passionate about the brand. 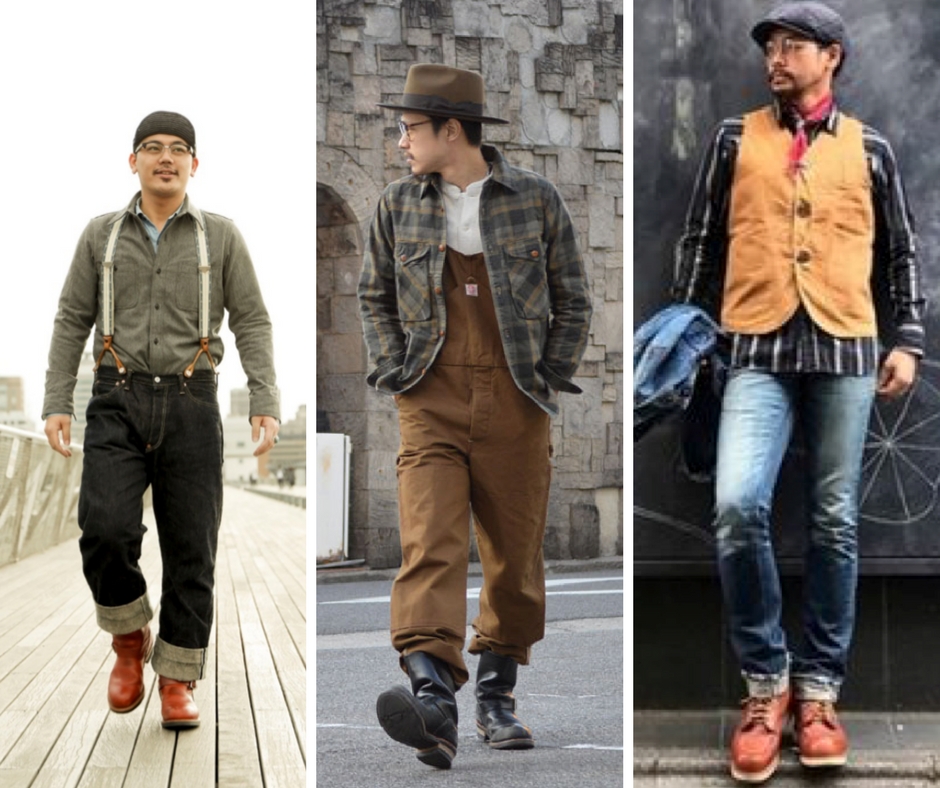 SW: Can you describe the “boom” in a little more detail?

Red Wing became a staple in Urahara fashion. (A style that blends vintage items with casual streetwear and high fashion.) Celebrities, pop stars, and famous creative people like (singer/actor) Takuya Kimura, (singer) Aiko, and (director) Hiroshi Fujiwara started wearing black 875s, and around that time Japanese youth culture was having a lot of influence in Asian countries, especially Hong Kong and Taiwan, so it helped to grow the brand in those areas as well.

In the 2000s, some Asian and European markets tried more deliberately marketing Red Wing as a lifestyle brand with great success, particularly in Hong Kong and Germany.

SW: So Red Wing’s popularity outside America started in Japan and then went to Europe and the rest of Asia?

It’s interesting because North America didn’t really have the brand identity that Red Wing did elsewhere in the world because it was just so successful as an industrial workboot. They thought of it as a workboot, not an expensive, handcrafted piece of footwear.

A pair of black 2268 Engineer boots, an integral component of Red Wing’s growth in Japan. This boot is no longer sold in the United States.

SW: You said at the opening of Red Wing’s first Singapore store that your boots are icons of Americana, and their journey in Asia is similar to the way denim jeans were once only for blue collar workers before becoming pieces of high fashion.

Why is “Americana” so desirable to Asian markets?

You know, I think for Japanese youth, the American lifestyle is always seen as aspirational. So they love American classic fashions. For example, since Levi’s jeans stopped being made in the USA, Japanese buyers have been known to pay thousands of dollars for vintage Levi’s from when they were still American made. There are probably a thousand high profile vintage stores in Japan.

We use vintage as inspiration in Japan, especially the fashions from between the 1950s and 70s. When civil rights were being realized, when new inventions were always coming out, when movies idealized America so much, and many things were developed with very high quality, luxury materials.

SW: Super interesting. Thanks so much for your insight, Michiya!

11 thoughts on “How Japan Made Red Wing Their Own”