When people think Red Wing Boots, they often associate the brand with its Americana aesthetic, sturdy, built to last construction, and its faithful relationship with the working class. Rarely will anyone think of these boots as their go to footwear for the office. After all, nobody wants to be a walking contradiction wearing bulky workboots with their slim, tailored trousers.

But for those who insist on wearing boots to their white collar jobs or on a date, not all hope is lost. Red Wing does offer versatile models that can work for many occasions. One of them is the Teak Featherstone Chelsea Boot.

I believe the Teak Featherstone Chelsea Boot is the most versatile pair of Red Wings because it is the only pair that I would wear confidently with a suit. The overall silhouette, leather used, and minimalist design of the 9437 makes it not unlike a lot of the dressy Chelseas on the market. 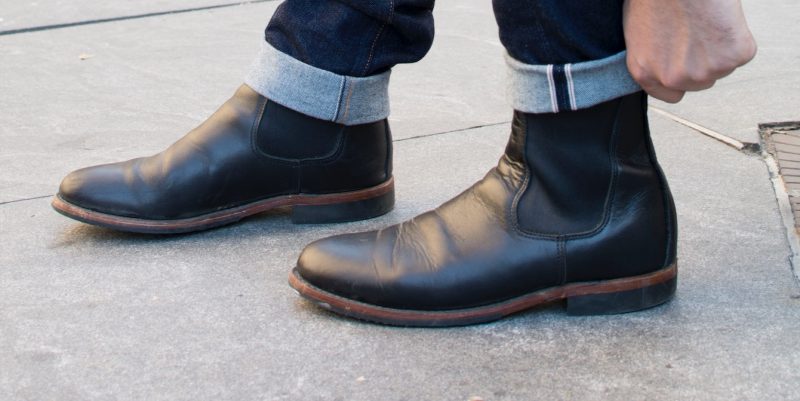 Starting with its silhouette, the Williston Chelsea is very form fitting with a pointed toe and a slim ankle. These features contrasts it from the bulky Beckmans, Moc-Toes, and Iron Rangers that many of us are familiar with. Due to this slimmer profile, I consider these the perfect boots for well tailored suit pants or tapered trousers for a more business casual appearance.

The 9437’s Teak Featherstone leather also sets this boot apart from traditional work boot models. Unlike many boots in Red Wing’s arsenal, the Williston Chelsea is not sewn from oiled tanned leather. For those unfamiliar with oil tanned leather, think Red Wing’s own Copper Rough + Tough. This leather is tanned using additional natural oils after the initial vegetable tanning process. Oil tanned leather has a very natural appearance and has a pull up effect when scratched.

Featherstone leather, on the other hand, is a type of finished leather produced by Red Wing that looks a lot more like the smooth calfskin used in dress shoes. Sourced from American Texan steers, the full grain hide of the cattle is surface dyed and then finished with a variety of waxes. A combination of resins and dye stains are used to achieve the Featherstone leather’s smoothness and unique luster.

In my opinion, this type of leather is more versatile than oil tanned leather because it gives off a cleaner look for your professional outfits. Unlike oil tanned leather, the color of the Featherstone leather remains consistent throughout wear. Once the the leather becomes dull, you can polish it to give it a high shine.

Moving on to the design, the upper and toe is so plain that some might even call it boring. But in this case, boring is good. When a shoe has a lot going on, it can distract from your entire outfit as opposed to complementing it.

The Williston Chelsea is by no means the perfect all purpose boot. For some wearers, the lack of a lacing system might be a deal breaker. Laces offer a unique way to showcase personal styles. For example, I could wear thin olive green laces to match with my tie or I could use rawhide laces for a rugged look.

Another drawback that immediately caught my attention is that the heel and the welt are different colors. Although it’s not a major problem if you’re wearing this boot casually, if you want a truly all-purpose boot, I believe the welt, the outsole and heel should be the same color. A quick fix for this would be to stain the welt black. This could cost you anywhere from about $15 for a DIY job all the way to around $50 to get it done professionally. 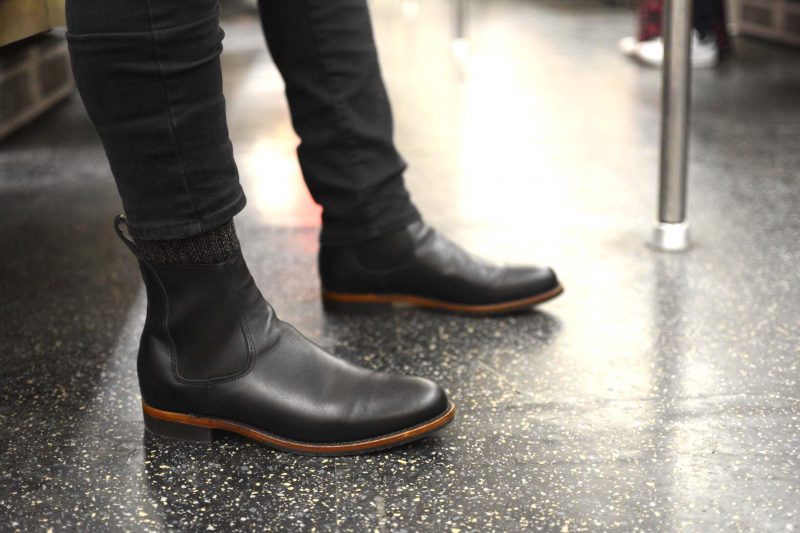 Here are a couple of other Red Wing Boots that I consider versatile in terms of how many occasions you can wear them in.

The lace up variant of the Williston Chelsea, this boot offers those who loathe non-lacing footwear an opportunity at a versatile boot. The Gro-Cord sole keeps this boot rugged but the slim profile and sleekness of the shape makes it workable with pants and a sports jacket. However, as this is an open laced shoe, I would not wear it with a suit.

The Sheldon is very much like the Williston Boot except for the Roccia sole and the slightly bulbous toe. The Roccia sole is slightly lugged and offers great traction in the snow or rain.

Although the toe is not as jarring as the Iron Ranger or the Blacksmith, the Sheldon’s toe still stand out a little too much for it to be wearable without anything past chino pants formality. With that said, it does help tone down the seriousness of a tie and sport jacket if you’re going for the business casual look.

[Get the best price on Red Wing Sheldon boots here!]

In conclusion, always remember that Red Wing boots were meant to be rugged- knock around boots, not dress boot. They will not replace your oxfords or derbies but certain models like the Williston Chelsea can serve as a quick alternative until you can get your hands on a dress boot.

For your reference, in looking for “dressier” footwear, the fewer details the better. I do not know who came up with this rule but it makes sense. As gentlemen, we should not let our clothes be so loud that they do the talking for us.

4 thoughts on “Op-Ed: 3 Reasons the Williston Chelsea Is the Most Versatile Red Wing Boot”