Quick, where does your leather come from? Cow, calf, or sheep, usually, but there’s another option that you need to know: kangaroo. Kangaroo leather, also sometimes called K-leather, is what most people would call an exotic leather, though that term typically brings to mind rare and exalted animals. In truth, kangaroos are to Australia like deer are in North America, where they outnumber humans two-to-one — many consider them pests and they’re far from rare.

That might make you feel better about picking up some kangaroo boots and contributing to controlling their population. When we saw the release of Grant Stone’s Ottawa boot in kangaroo leather, we decided to take a closer look at this unusual leather and explain why it’s worth adding to your collection.

Kangaroo leather is lighter, stronger, and more flexible than goat or cow hide. It’s usually thinner too, given you can make tough-as-nails kangaroo boots with skin that’s barely a millimeter thick. (Cowhide boots are usually 1.4 to 2 millimeters.) Unsurprisingly, this means that they make a much lighter final product: kangaroo leather boots usually weigh half as much as comparable cow-leather ones.

All that’s because the skin of the animals themselves are very different. The collagen fibers that make up kangaroo hide are fine, concentrated, highly uniform, and parallel to the surface of the skin, unlike cow skin’s irregular, bundled structure. Kangaroo hide also has very low fat content and a thin grain layer, without sweat glands and erector pili muscles, which means it doesn’t require the splitting and shaving that some other leathers require (hence the resulting thin, supple, strong leather). Plus, elastin is evenly distributed throughout the skin, which means it’s uniformly stretchy. All of these factors give kangaroo leather a ton of tensile strength: it can stand being pulled apart.

One of the most common uses of kangaroo leather is in whips because it’s super supple. It’s flexible enough to be easily braided and whipped through the air. Another popular use for kangaroo leather? Motorcycle suits, where it’s highly valued for its resistance to tearing and abrasion. And that’s a serious testimonial to k-leather’s toughness. Think about it, in the kind of sport where a mistake leaves you smeared across the asphalt, you want the only thing between your skin and a bloody, bloody disaster to be as tough as possible. Kangaroo leather is that thing.

Kangaroo leather comes in both chrome-tanned and veg-tanned varieties, so you’ll want to check out the difference between the two before you buy.

The Downsides of Kangaroo Leather

K-leather has a noticeable grain and does crease easily, though that creasing doesn’t usually lead to cracking because of the strength of the collagen fibers. Unless it’s corrected, it’s usually not the smoothest leather —  almost all kangaroo leather has scars. It’s not the shiniest either, kangaroo has a matte texture that develops a patina quickly and it darkens faster than other leathers as well.

This is, of course, all a matter of preference, and there are plenty of folks who happily trade off a shiner, more perfect-looking leather for a lighter, stronger, more flexible one that will develop character quickly. We can’t make that call for you, it just depends on what you’re looking for and what’s already in your wardrobe. 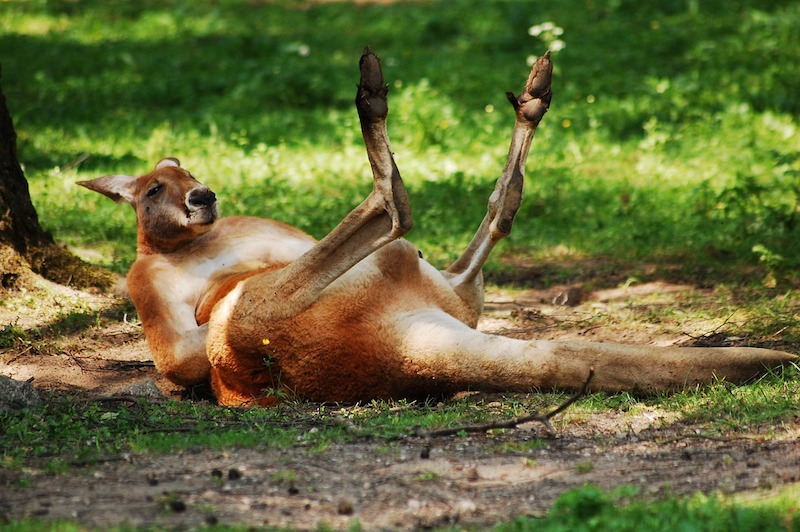 The real con of kangaroo leather is the fact that it comes from kangaroos and people have a lot of feelings about kangaroos. Adidas’ most popular soccer shoe of all time, the Copa, is made from kangaroo leather — but their marketing typically calls them “k-leather” to avoid putting anybody off. That said, there’s a lot of people who argue kangaroos are pest animals whose numbers are reasonably kept down with annual culling. Which means eating the meat and turning the hides into leather for, say, your new boots, is the responsible thing to do.

On the other hand, there are lots of environmental activists who strongly disagree. A quick google and you’ll find lots of phrases like “the Australian killing industry,” concerns about how humane the culling process really is, and lots and lots of photos of kangaroos looking plaintively cute.

We can’t really make this call for you except to say that kangaroos are not an endangered species and leather is always made from dead animals. If you’re okay wearing leather, then you’re more than likely to be fine wearing kangaroo leather. 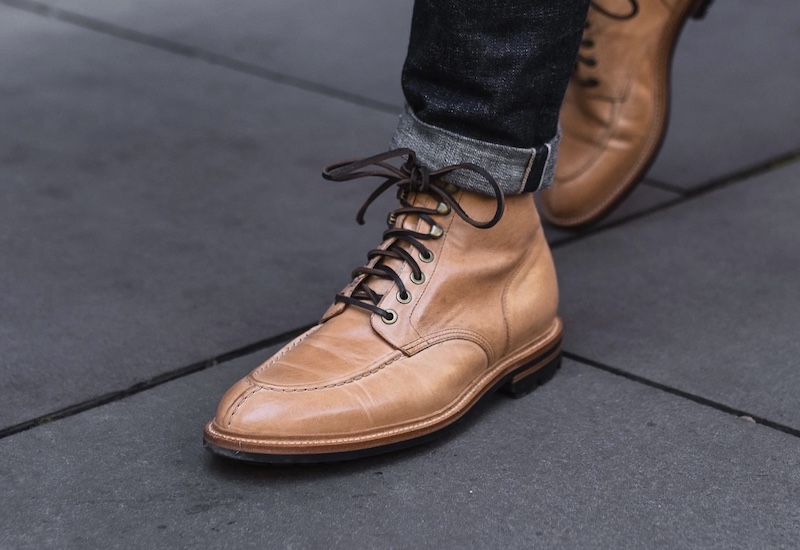 Kangaroo is a strong, supple, durable, light and long-wearing leather that makes boots that will last you for years. If you’re the kind of guy who’s looking for the character of an easy patina and doesn’t mind explaining the fact that kangaroos are certainly pest animals, then it’s definitely worth investing in a pair.

16 thoughts on “The Pros and Cons of Kangaroo Leather”