Note: This article is sponsored by Koio, a luxury sneaker company that makes their shoes in Italy from start to finish. Get $25 off anything with the code STRIDEWISE25 at checkout.

Chrome tanning is associated with both high quality leathers like Chromexcel and lower quality leathers like the glossy Dr. Martens. But there’s a darker side to chrome tanning: nasty chemical runoff and a vast array of health problems, like renal and respiratory issues, for tannery workers. Next to its more eco-friendly and old fashioned alternative, vegetable tanned leather, many consumers feel the chrome tanned stuff is poor quality, bad for the environment, and off limits at all costs.

But there’s a vast spectrum when it comes to chrome tanned leather and some require less energy, water, and labor than even vegetable tanning.

So how can you tell if your shoes are causing or limiting harm to people and the environment?

There are three common ways to tan leather: vegetable tanning, chrome tanning, or a combination of the two.

Vegetable tanning is thousands of years old, a method that uses natural dyes and tannins from vegetables, roots, and tree bark. It’s like the Whole Foods equivalent to tanning: pricier, comes from smaller companies, less flashy, but better for you. It’s more common in Italy than in other countries but globally, it’s estimated that under 10% of leather is veg tanned.

The Upsides of Chrome Tanned Leather

It also tends to be more comfortable out of the box. It’s an open secret that a lot of boot companies would like to make more veg tanned boots but they don’t, because customers are more likely to return them complaining about stiff leather.

But while chrome tanned leather has a lot of upsides, it still has one major drawback: environmental. It can be terrible for the health of a tannery’s employees and surroundings. We need to discuss a bit of chemistry to understand why. 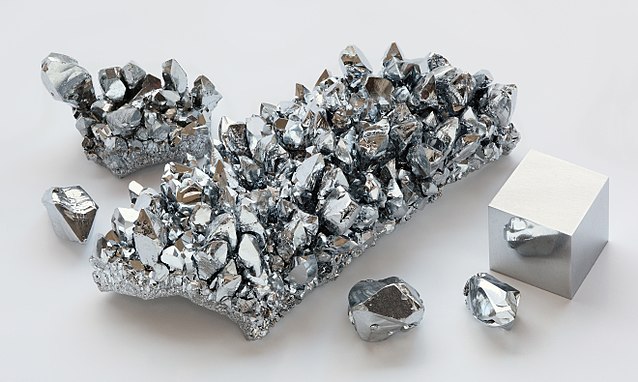 Chromium sounds like a scary chemical, but it’s not as simple as Chromium = Bad. Chromium is a naturally occurring metallic element that’s found in three major forms.

Trivalent chromium or chrome III: This is safe, naturally occurring, and actually necessary for human nutrition. (It helps convert glucose to energy and may improve blood pressure.) You can even buy Chromium III supplements if you’re not getting enough of it in your diet.

It is also the form commonly used for tanning leather.

Chromium VI: the hazardous form of the element. You may be surprised that Chromium III is what’s used to tan leather, but it’s Chromium VI that’s problematic. Chromium VI is formed by the oxidation of chromium III under specific conditions. It can cause a whole range of health problems from skin rashes, ulcers, respiratory problems, weakened immune systems, birth defects, kidney and liver damage, alteration of genetic material, lung cancer, and even death.

So, people working with chromium VI and people who live near tanneries that produce chromium VI can get ill, to say the least, from too much exposure to this stuff.

Chromium III is a safe and sustainable tanning chemical, so you might wonder why anyone would use Chrome VI when a safer version is available.

The quick answer is that people don’t willingly choose to use the more harmful type. Certain conditions, like elevated PH levels, temperatures, and humidity, can cause chromium III to change into the hazardous chromium VI. This is mainly because of poor process control at the tannery and buying cheap chemicals.

Certain conditions, like elevated PH levels, temperatures, and humidity, can cause chromium III to change into the hazardous chromium VI.

If you’re trying to save a few dollars and improve your bottom line, then there’s less process control because hiring qualified people, buying high-quality chemicals or equipment, and getting the safety processes implemented all costs money.

And this is where the LWG (Leather Working Group) comes in. Large companies also wanted to limit exposure to harmful substances, so a bunch of major players like Adidas, Nike, Ikea, Timberland and New Balance came together with all the stakeholders in the European leather supply chain to limit the amount of chromium VI that released into the environment. Also, the European Union limits the amount of chromium VI in leather manufacturing, so this also helps to have an organized supply chain.

The US standards for chromium VI are all over the place, with little guidance from the EPA. There are some state level limits and OSHA sets standards for workers, but not so much regulation on Chrome VI in water or excessive Chrome VI in products like leather boots and shoes. So you’ll find a lot more European tanneries marketing themselves as using Chrome VI-free tanning methods, not so much from the US. The LWG or Leather Working Group is a not-for-profit organisation responsible for certifying leather manufactures. They provide environmental and health and safety certification for tanners and other parts of the leather industry.

“They assess a protocol that ensures chemicals and many other categories are managed to the highest standard at a tannery, ” says Quodt. “And if tanneries follow that protocol, they minimize or eliminate the appearance of chrome 6 and really only use chrome 3.”

If that’s what you want out of your shoes, you need to look for companies that source their leather from Gold Rated tanneries.

LWG sends auditors to visit tanneries all over the world and gives them a rating from 0 to 100. The scoring system considers a variety of factors such as traceability of the hides, environmental policies and procedures, energy consumption, water usage, and of course, Chrome VI prevalence. They score the visits from fail, audit (the lowest pass), 65+ gets a Bronze, 75+ gets Silver, and 85+ gets the Gold rating.

Few tanneries have a gold rating, and fewer companies seem to market their chrome tanned leather as Gold Rated. But Koio seeks to change that, promoting  several high top and low top sneakers that are made with LWG Gold leather.

“Our goal is to by the end of 2021 to have 80% of our production already in LWG leather, which is obviously a huge transition,” says Quodt. “We need to switch tanneries and make sure the product that they give us is up to our standards, make sure the colors are up to our standards. It’s a pretty tricky process it’s very intricate, but it’s a priority for us and we’re very committed to making a really significant impact in terms of environmental sustainability.”

[Related: Can Leather Ever Be Ethical?]

I thought it would be significantly easier to find out which companies receive Gold ratings for their leather, but that’s not the case.

US tanneries Horween and Wickett and Craig are members of the Leather Working Group (LWG) and they voluntarily take part in an auditing process, the lowest of the ratings, designed to help them identify where they can reduce their footprint.

In the States, only 7 tanneries have LWG’s Gold Standard, three are operated by Tyson’s foods.

Chrome tanning has a lot of benefits from a consumer point of view. We get great products like Horween’s Chromexcel, more colors, softer leather, and it takes less time, resources, and money to produce. There can also be negative side effects but fortunately, companies like Koio, Timberland, and Beckett Simmon are leading the way for a cleaner product.