Denim traces its origins back to France and the development of a kind of twill called ‘serge de Nimes.’ But the cultural icon that blue jeans have become is widely credited to Levi Strauss back in 1870s San Francisco. Back then, “Levi’s” were marketed as “shrink to fit,” meaning just that: you bought them a size or too large and they shrunk to the size you wanted after the first wash.

This, ladies and gentlemen, was unsanforized denim, also known as “loom state” because that’s how it came right off the loom: no washing, no pre-shrinking, just cotton in its original state.

Blue jeans were invented in the 1870s, but sanforization was invented in 1928, with Levi’s adopting it in the 1960s. All of a sudden, jeans were no longer “shrink to fit.” So what happened to them?

And why would so many people prefer still jeans the old fashioned, unsanforized way? 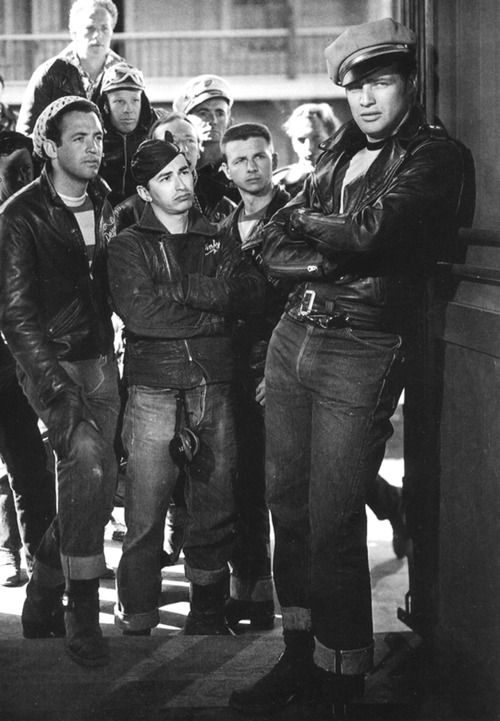 Denim that hasn’t been through the sanforization process is known as unsanforized, “loom state,” or “shrink to fit,”  as that will happen after its first wash.

In reality, very few jeans are completely unsanforized, including the modern day Levi’s shrink-to-fits, which actually do undergo just a touch of sanforization.

This, below, what a sanforizing machine looks like. Rolls of fabric are passed through a machine that moistens it with water or steam, stretches, and compresses it. Sometimes, sanforizing is done with chemicals instead of water, and more modern, eco-friendly processes draw water from the air to complete the process, using some 99 percent less water than the traditional, not-especially-environmentally-friendly method.

Sanforized denim solves a few inherent “problems” with unfinished denim, or at least, what much of the market considers to be problems.

So why are so many guys attracted to unsanforized jeans?

Despite all of these potential advantages, it’s still very difficult to get the right size with the unsanforized stuff and the vast, vast majority of customers have no patience to tend to their shrinking and stretching jeans, so only a tiny percentage of jeans sold are actually unsanforized.

Many, many people confuse these two terms and while they often overlap, they’re not the same.

We’ve covered what “sanforized” means, but raw denim means that the jeans haven’t been washed. They may have been sanforized, and in all likelihood, they have. Sanforized raw denim exists: it’s skipped the heating/steaming at the factory, but it did get a wash. This would have reduced some of the shrinkage (2 or 3 percent), but they’ll still shrink some more when you wash or soak them.

As a general rule, a pair of jeans made from sanforized denim will shrink by around two or three percent on the first wash.

On the other hand, unsanforized denim will shrink by up to ten percent on the first wash. Most of this shrinkage will be in the legs after its first soak, since these are comparatively longer than the waist band. This shrinkage could be as much as one or two sizes’ difference!

If you plan to go with unsanforized denim, be on the lookout for these 5 common rookie mistakes buyers of raw denim jeans make. 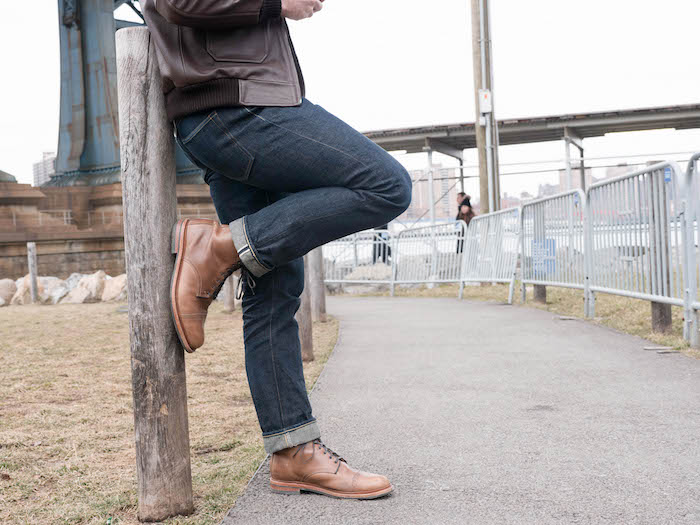 How do they sanforize denim?

While Levi Strauss and his rivals wrestled with denim’s tendency to shrink, the problem was largely solved by the late 1920s. That was when, finally, American inventor and entrepreneur Sanford L Cluett came up with a solution. His sanforization process was effectively a process to compact woven fabrics like denim.

Before his process came along, an unsanforized pair of jeans was all that was on offer to the consumer. Shrink to fit denim was the order of the day, whether you liked it or not, regardless of the brand you picked — and the same applied to other fabrics.

This new process involves feeding the fabric between hot rollers. The unsanforized textile is placed on a conveyor belt at the mill and moistened, typically by steam, rather than being given a soak in a bath. The moisture helps to lubricate the fibers of the denim and pump primes shrinkage. 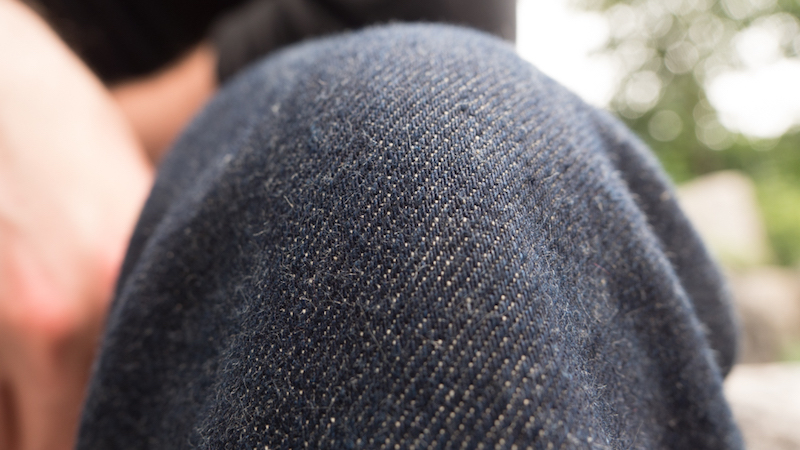 The fabric is both stretched and compressed during the process.

After the denim is stretched, the sanforization machine returns the denim to its right size and texture as the warp yarns shrink, and the weft yarns are compressed closely together. The sanforized denim is then placed in a dryer for a certain amount of time to ensure the cotton fibers remain locked in their current texture. Most mills will do this on site, before the jeans hit the stores. It is a fully automated process that only requires humans to press “enter.”

In many ways, sanforized jeans and their ready-made shrinkage are what has helped denim become the global success story it has become for generations. However, while this shrinkage has done a lot to popularize jeans, there are fans of unsanforized denim whose preference remains unaltered to this day. Despite new releases from brands all the time, the unsanforized denimhead will continue to prefer sizing their jeans themselves for that exact reason. Even if this means getting soaked in the bath to ensure their jeans fit their body perfectly. To some, the first wash is a rite they have to perform every time they buy new blue denim.

[Related: The History of the Denim Jacket]

The question of sanforized vs unsanforized denim is not easy to answer. There are pros and cons to each camp which, in the end, come down to personal preference. To first wash or not to first wash, that is indeed the question. Do you even have the time or inclination to soak in the bath wearing your denims? Many consumers just want pants that fit and aren’t all that interested in their treatment.

Whether you like DIY finishing is a subjective idea. What is not open for debate, though, is that sanforized denim has made shopping for casual wear clothing a whole lot easier. And if Levi Strauss were still around, we are quietly confident he would think the same.

Is denim the only fabric that gets sanforized?

No, the process is used for a range of fabrics to prevent the material from shrinking when it gets washed.

How can I tell if my denim is sanforized?

If the jeans are labeled 'unsanforized' or 'loomstate,' it's unsanforized. 'Raw' doesn't necessarily mean unsanforized. Other indicators are that unsanforized denim is typically stiffer and rougher, with many considering it to have more 'character.'

Usually. Raw denim refers to denim that is unwashed and untreated, and while it's usually unsanforized, this isn't always the case. You can sanforize raw denim with heat, steam, or chemicals in order to reduce shrinkage, but as it hasn't been washed, it's still considered raw.

What does unsanforized mean?

Sanforization is a process that shrinks material (not just denim) with steam, water, and/or chemicals. Unsanforized denim will shrink 3 to 10% on its first wash, so sanforized denim is easier to size, though some find unsanforized denim to have more character, despite being rougher and stiffer.

How do you shrink unsanforized denim?

One typically submerges the jeans in water for 30 to 60 minutes, which shrinks it from 3 to 10%. The hotter the water, the greater the shrinkage, but don’t use anything hotter than hot tap water. (ie. don’t boil anything.)

It’s entirely subjective. Sanforized denim won’t shrink in the wash so it’s easier to size at the outset, plus it’s typically smoother and softer. Some prefer unsanforized denim because it’s rougher, stiffer, and hairier — it has more character,’ if that’s your thing.