That’s something I thought for a long time. But after doing some digging and chatting with John Culliton, a VP at the world famous Horween Leather Company and manager of its retail arm The Tannery Row, I realized that people are talking about leather all wrong.

“Our industry is based on marketing, and while it’s a big industry in aggregate, tanneries tend to be smaller companies,” says Culliton. “We don’t have a GM or a Philip Morris to set industry standards, so many tanneries and the companies to which they sell leather come out with marketing terms that don’t necessarily correlate to what the product actually is.”

It’s time to go to school. Here’s the right way to talk about leather. 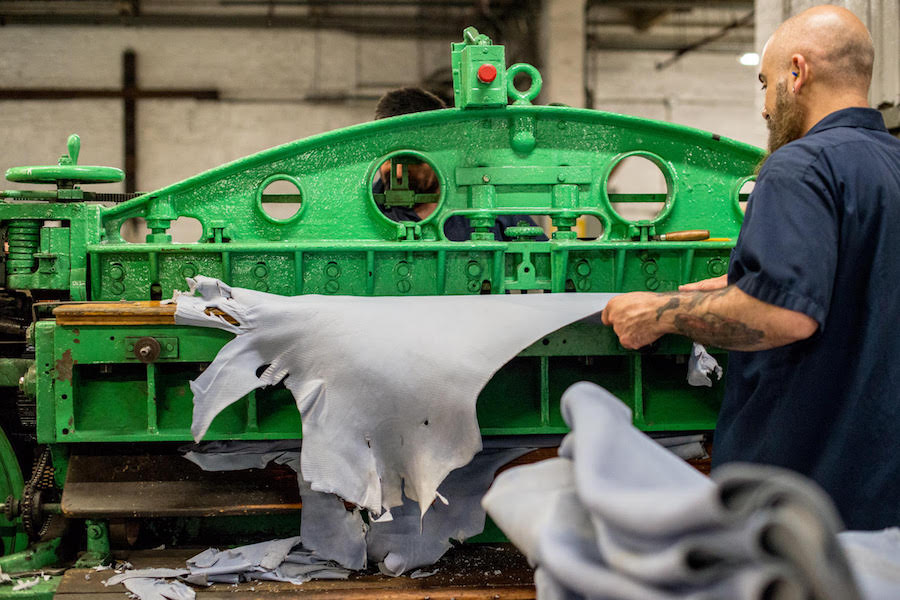 The splitting operation: The top piece is top grain, which can be either full grain or corrected. The bottom piece being split is called a drop split and is used to make split leathers. Photo: Horween Leather Company

Often times on the internet, writers — including by myself, I’m very guilty of this — contrast top grain with full grain. But what is normally considered full grain is, in fact, a kind of top grain.

Full grain is a kind of top grain that doesn’t have anything done to the grain, the outer layer of the skin, so it’s kept totally intact. If you look very closely at the leather, you can actually see the hair follicles — it hasn’t been mechanically altered in the production.

“Corrected grain is when the tannery will take some sandpaper and level the grain out for cosmetic purposes,” explains Culliton. “The whole world thinks Chromexcel is full grain because when you look closely at it, you can see the grain. But we correct it, we just correct it so little that we leave part of the grain on the leather.” 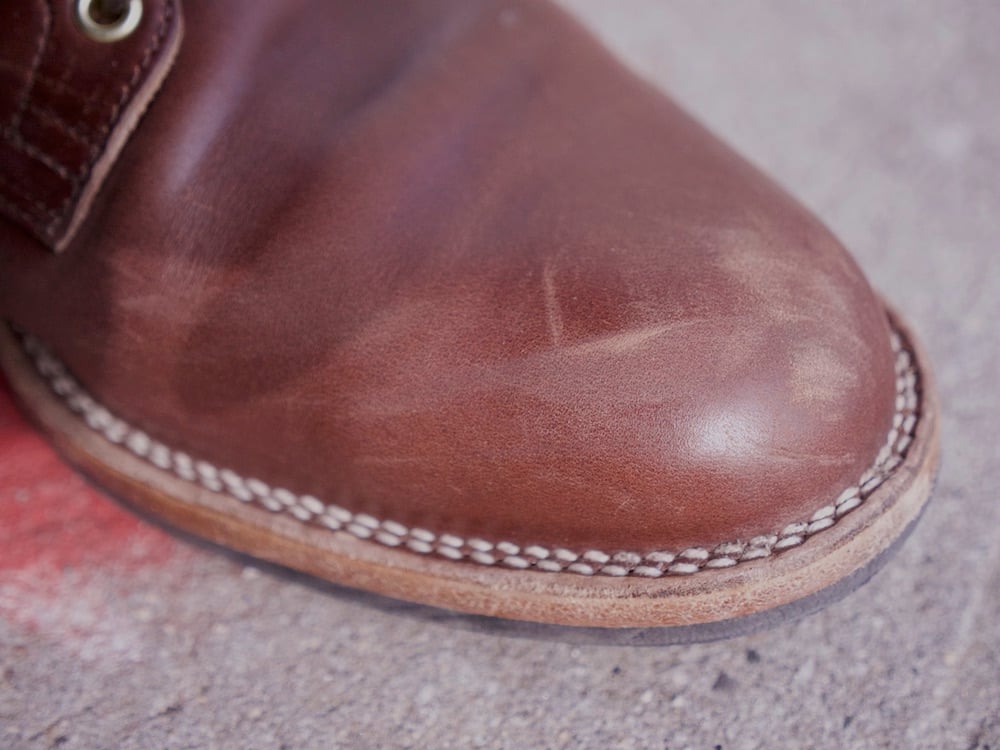 One big reason for correcting grain is that makes it a lot easier to color it because the process allows dyes to further penetrate into the leather. It’s kind of like wood in that regard: sanding the floor a little helps it accept the stain.

Importantly, there are different degrees to which you can correct leather. Chromexcel gets very little, while something like nubuck is very heavily corrected. The term “enhanced grain” is sometimes used to refer to corrected grain when the correction is very mild. 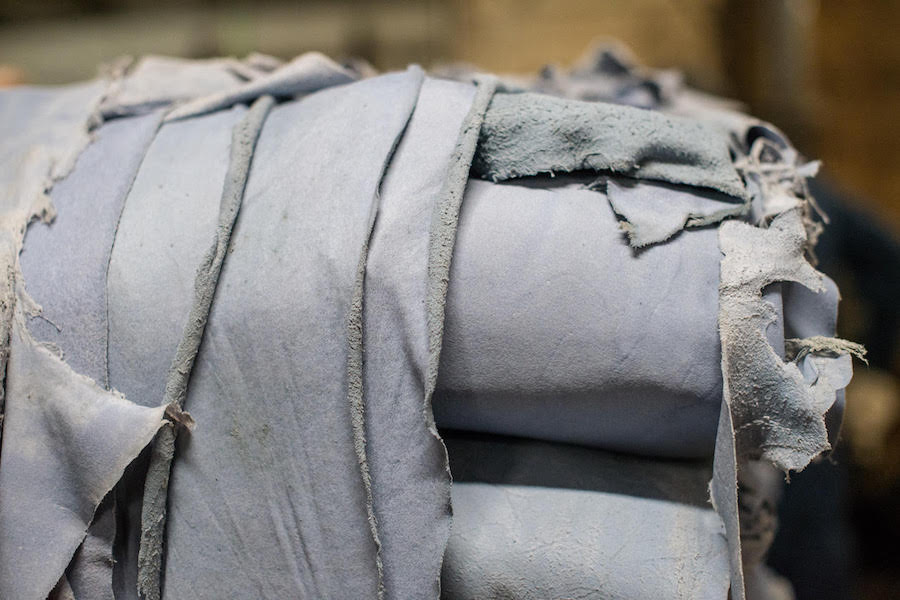 These are the bottom side of the hide that are dropped from the top grain to create a split leather, no grain on this product. Photo: Horween Leather Company

When tanneries get their hides, they keep the top grain and split it off from the rest of the skin. The split is the part that falls off from the underside, and that’s usually where suede comes from. (Sometimes, a vinyl layer is applied to the surface and embossed so it looks like full grain, but don’t be fooled.)

Note that there’s a really wide range of quality within the category of split grain — you can get thirty-dollar suede shoes from Wal-Mart or you can get the beautiful, rugged suede from C.F. Stead.

“Some brands will buy what’s called a reverse leather, where they buy a top grain leather and use the flesh side as the suede and the grain side as the inside of the shoe,” says Culliton. Red Wing’s roughout leather is an example.

The last step of the Chromexcel process is an application of oil. Each piece receives a liberal coat and then sits overnight. #horween #chromexcel #leica

So the next time you think top grain is the same thing as corrected grain or someone says all suede is split grain, remember the info in this piece. And, uh, I’ll try to do the same and keep my reviews as accurate as possible.