There’s a flourishing raw denim scene in Vietnam, a country where locals jokingly refer to the climate as having two seasons: one hot and one hotter. While the temperatures in urban centers like Ho Chi Minh City (once known as Saigon) are hot, so are the fashion sensibilities of Vietnam’s sizable and youthful population.

The Vietnam RAW denim community (VRDC) is evidence of a burgeoning men’s fashion scene. Founded in 2015 by four friends, the VRDC’s Facebook page has since grown to an astonishing 13,000 members.

I got in touch with Bách Đinh, one of the VRDC’s founders, to discuss the appeal of raw denim in one of South East Asia’s fastest-growing economies. My first question was about how Bách and his friends got into such a niche area of fashion so far from its source. His story goes back to Saigon, circa 2012.

[Related: How Japan Made Red Wing Their Own]

Bách: “If I remember correctly, I first got into the raw denim world somewhere around 2012. It was a time when raw denim was something totally alien to the majority of the people in Vietnam. My understanding of the world of denim and yarn was, like everyone, initially restricted to fast fashion, mass produced jeans.

“Then with a small group of people, we started a “fashion talk” forum. We were focusing on jeans and pants when one of the admins introduced a bunch of us to Nudie Jeans and the concept of dry, or raw, denim. Things immediately clicked for me, and I started searching and reading up on the fancy selvedge looks. Long story short, I found this pretty new brand by some nerdy guy, and that’s how I got my first pair of Naked and Famous Dirty Fade Weird Guy.”

As Bách and his friends’ interest in heritage-style denim grew, the forum moved to Facebook, starting the VRDC group as a “playground” of sorts where they could enjoy their shared passion. When the community reached 5,000 members, they celebrated with a denim fade contest.

In some ways, denim is a natural fit in Vietnam. It’s actually quite common to wear jeans on even the hottest days (a fact that often astounds sweaty Western tourists) and casual “workwear” and streetwear are popular with younger people.

While reading through Bách’s denim blog, I asked him about an article mentioning “the electrician look” — the Vietnamese version of the Canadian Tuxedo. Coincidentally, the uniform for Ho Chi Minh City Power Corporation is a denim-on-denim number that experiences a nice fade from the workers’ constant exposure to the tropical sun. The local denim community has appropriated the term “Style thợ điện” or “electrician style” to apply to people who might be trying a little too hard to look cool and fail to incorporate contrasting tones, creating an overall “uniform” outfit.

Bách: “This term is hilarious to me on a personal level, since I am the one who coined it. It comes from a discussion in the group about how to rock the Canadian Tux, or what we usually call the “Double Denim” or “Denim on Denim” look. The electrician look is a half-joke poking fun at the unintended effect of looking like you are trying too hard when trying to project a certain image.

“The term dates back to the time when I noticed a group of electricians/engineers working on a troubled transformer station. Their uniform is standard issued denim jacket and pants, which, mind you, under Ho Chi Minh City’s intense sun had faded beautifully to the eyes of a denim freak like me. Still, the term was used to discuss that one should try to avoid creating ‘the uniform look’ by wearing denim on denim. Of course, It is intended for light hearted discussions, with no disrespect to actual electricians.”

[Related: In Defense of the Canadian Tuxedo – The Right Way to Wear Denim on Denim]

Branching Out into Heritage Boots and Leather Products

Since then, it’s become more than just denim. There’s a growing scene for men’s boots, leather, and accessories.

Bách: “Nowadays, you don’t exclusively find denim in the group. It’s about everything that goes along with it too, so leather jackets and boots are very common. In fact, I think we have the most experienced admin group regarding boots, whether they’re dress or work footwear. (Co-founder) Tri Huynh and his friends singlehandedly influenced the rise of hardcore work boots (Nick’s, Wesco’s, White’s) scenery in the community.” 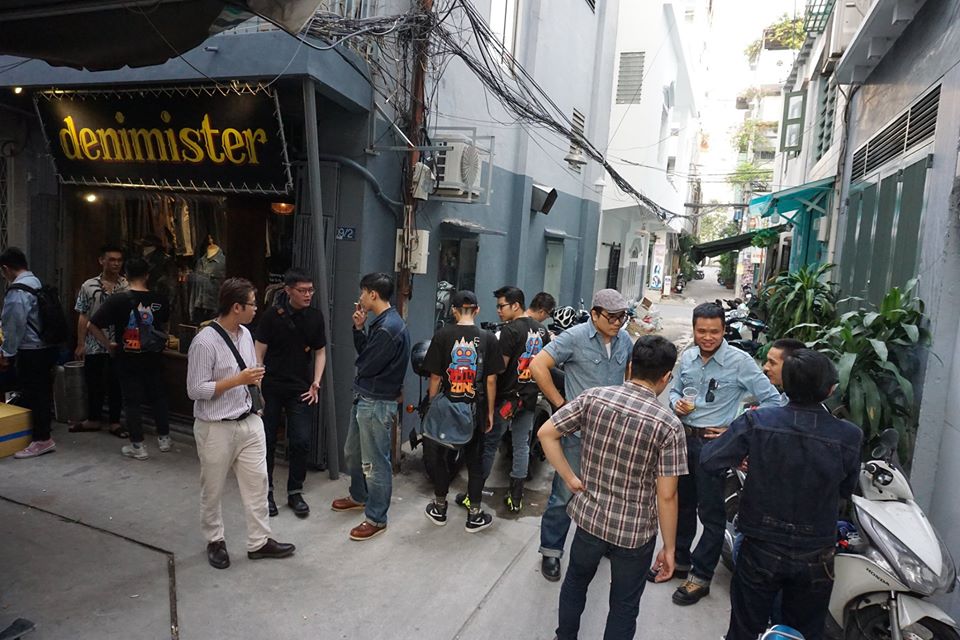 A meet up at Denimister in Ho Chi Minh City

Alongside the group, several boutique shops, and a partnership with a local denim brand have formed to support the ever-growing demand for high-quality denim and leather goods. Hoang Tran, one of VRDC’s original members, started Denimister — a used, collected, and vintage denim boutique tucked away down a quiet alley in the center of Ho Chi Minh City’s busy District 1. It’s the de facto home base for the city’s domestic and international denim heads. 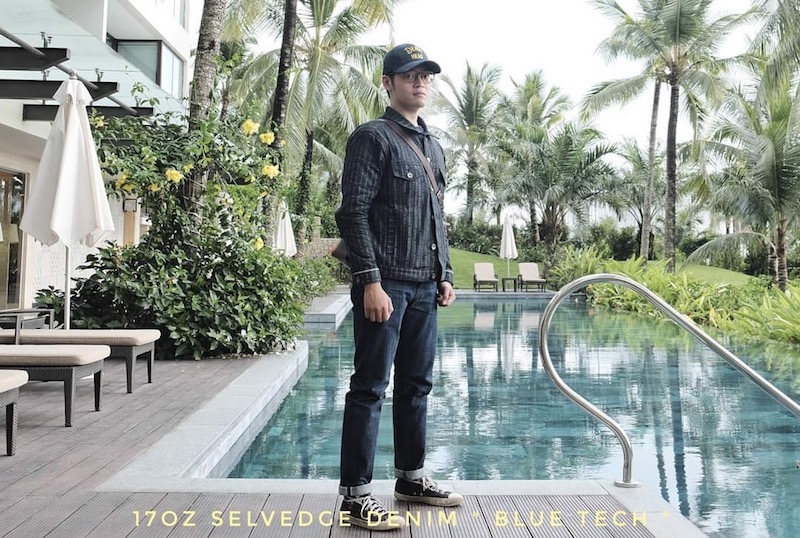 Another shop started by an admin of VRDC is Atiko, which specializes in imported heritage boots. In 2019, Copper Denim was founded as Vietnam’s first domestic raw denim brand. Spun out of a family denim business, Copper Denim sells a pair of 17oz Raw Selvedge Denim for under 60 USD. (Alas, the site’s a little hard to navigate if you don’t speak Vietnamese.)

With only a few small specialty boutiques, shopping for high quality heritage clothes in Ho Chi Minh City is akin to digging for vinyl. You dig and dig, hoping to find that perfect fit and style to add to your wardrobe. Despite the limitations, there’s something attractive and almost haunting about the slow, classical style of heritage products set to the hectic background of life in Ho Chi Minh City.

From a few friends weary of fast fashion, the VRDC group has helped establish an underground community of denim heads in one of the most unlikely tropical locales.