Can you pull off James Bond’s jacket? I think you can.

The Supply Jacket from Rogue Territory has been popular since long before No Time to Die was finally released in 2021: it’s sleek, minimalist, and no frills, unlike most of its competitors. Sure, Barbour and Belstaff have their very famous waxed jackets but they’re British, they’re more expensive, and… look, I don’t think they’re that cool. They’re boxy, they’re long, they’re designed for rich people hunting foxes and look like it, and they’re so waxed that they permanently look like they’re dripping wet.

There I said it: I don’t love British waxed jackets and neither, it appears, does James Bond.

I’ve worn this jacket from Manhattan to Mexico and we’re going to cover the look, the material, the fit, the price, and the pros and cons so you can make the right choice for you and this jacket that everyone won’t stop talking about.

The name is the Supply Jacket in Tan Ridgeline from Rogue Territory, a heritage apparel company.

If you haven’t heard that term before, heritage fashion is modeled after or inspired by clothes that America’s working class used to wear for work or outdoor activities about a hundred years ago. It’s clothing and footwear that are made with traditional, natural materials that are tough, thick, age well, and have a lot of longevity. The party line is that we used to buy clothes that were intended to last a long time and heritage fashion embodies that ethos. (Importantly, it looks cooler as it ages too.)

It’s is a material with origins in seafaring; sailors noticed their sails caught more wind when they were wet, so to mimic that effect when it wasn’t raining they waxed them, making them less porous and able to catch more air. This had the added benefit of making rain roll right off of it, keeping the sails lighter than they were during unwaxed rainstorms.

Eventually, this strategy extended to jackets, tents, and bags. Especially when it’s waxed, canvas looks very cool as it ages — a lot of people sell old canvas bags at a profit because people just love the way they age so much. Canvas is also extremely resistant to abrasion and tears and in some ways it’s better than leather; I tore an old leather jacket open on a nail and it couldn’t be repaired, but that doesn’t happen to canvas.

A canvas’s thickness is measured by its weight in ounces per square yard. Most modern jeans are 11 or 12 ounces, selvedge denim is typically closer to 14 to 16 ounces, and while some waxed jackets are well over twenty ounces the Supply Jacket come in at ten, a little lighter (but still stiffer) than the average pair of jeans.

The Supply Jacket is fairly lightweight, so it’s a good weight for spring and fall, providing durability and water resistance without being too hard to break in or too restrictive with your ability to move.

Note that depending on the seasonal offerings, this jacket comes in a lot of other colors and materials like sashiko, denim, unwaxed selvedge canvas, twill, and more.

The design is very minimalist: just two hand warmer pockets, a very slim welt pocket on the left chest that’s only good for a phone or a wallet (but even those bulge noticeable), and there’s a little interior pocket on the right chest that’s about the same size.

The jacket is unlined. If that disappoints you, Rogue Territory sells a version that’s lined with Japanese wool for an extra hundred bucks.

Then there’s what I consider the biggest potential problem with this jacket: the extra button hole.

Apparently, this hole is a callback to when men wore pocket watches; the watch chain would run through here.

Most people will see it as an orphaned buttonhole, though, and you’ll regularly get comments from people who think there’s something wrong with your jacket. They even (kind of sloppily) covered it up when James McAvoy wore a grey Supply jacket in Split. 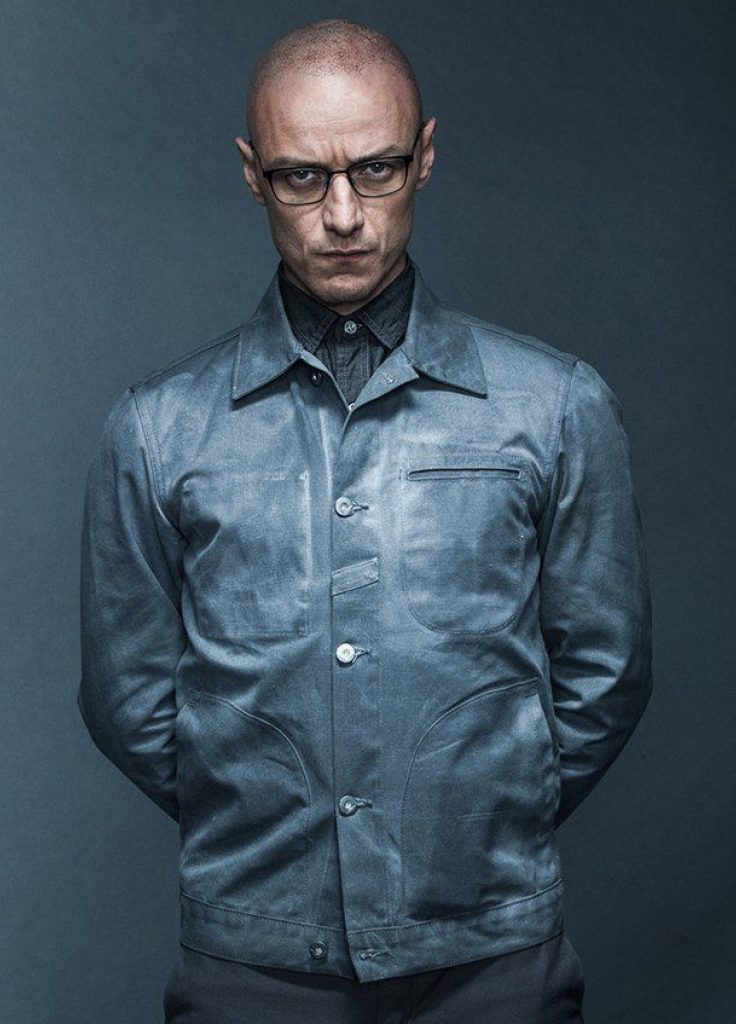 It’s a cool jacket and all, but the fit will be a hindrance to a lot of guys. This, and the pocket watch hole, are the biggest problems with it.

This is a slim, short jacket. Very slim.

A lot of waxed jackets, like the ones you’ll find at Filson, have a looser and boxier fit designed for work, which not everyone likes. Rogue Territory’s cut is a bit closer to a trucker jacket fit, meaning it’s short and slim — truckers don’t have to swing their arms around as much as lumberjacks, after all.

But the Supply Jacket is unforgiving on huskier body types, so larger guys may want to avoid this jacket unless you’re comfortable getting a something that will be too big on the arms and shoulders and difficult to button it up.

There’s also very little room in the chest if you’re a guy who likes to lift: the jacket is basically straight up and down.

I agonized over the fit so much that I went ahead and bought two sizes: L and XL.

I’m 6 feet tall and 190 pounds with a (slightly) athletic build. While my actual chest measurement is 44.5 inches, I typically fit into shirts and jackets sized 42.

My jacket length is 30.5″, shoulders 19.5″, sleeve length 27.5″. If you compared that with the measurements Rogue Territory gives for the Supply Jacket above, you’d think that none of their sizes would fit my arms, shoulders, or torso length, but I think both the Large and. XL look good on me. Let’s look at some pictures. 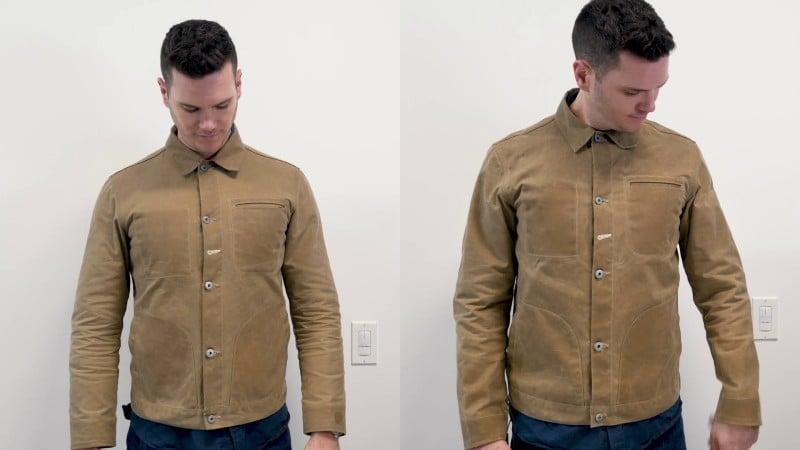 If my L were a millimeter smaller, I’d hate it, but I think it looks fine when unbuttoned. That said, if I could do it all over again I’d get the XL and have a tailor taper the waist just a little.

In summary: the sizing is frustrating, and if you’re overweight you should just forget about it. I treat this garment like a leather jacket: something I’d never want to button up anyway, so it’s no big deal that it’s too tight when I do.

How to Wear the Rogue Territory Supply Jacket

One last thing I want to say about the fit and design is that a big upside of this slimmer, modern fit and minimalist look make this fairly easy to dress up. Waxed jackets can sometimes be criticised as overly casual — now, I would say the point of a waxed jacket is that it’s a great, elevated, casual look. It’s not formal, but it looks great and high quality, like a great pair of boots.

But the Supply Jacket has the extra benefit of being slim, collared, buttoned, and bells-and-whistles-free so while it’s not dressy, exactly, I’ve worn this with a button down and slim jeans to a nice dinner and it doesn’t look stupid. The Supply’s combination of slim fit and collar and buttons, no flappy pockets or anything. It’s not crazy to wear this out on the town. 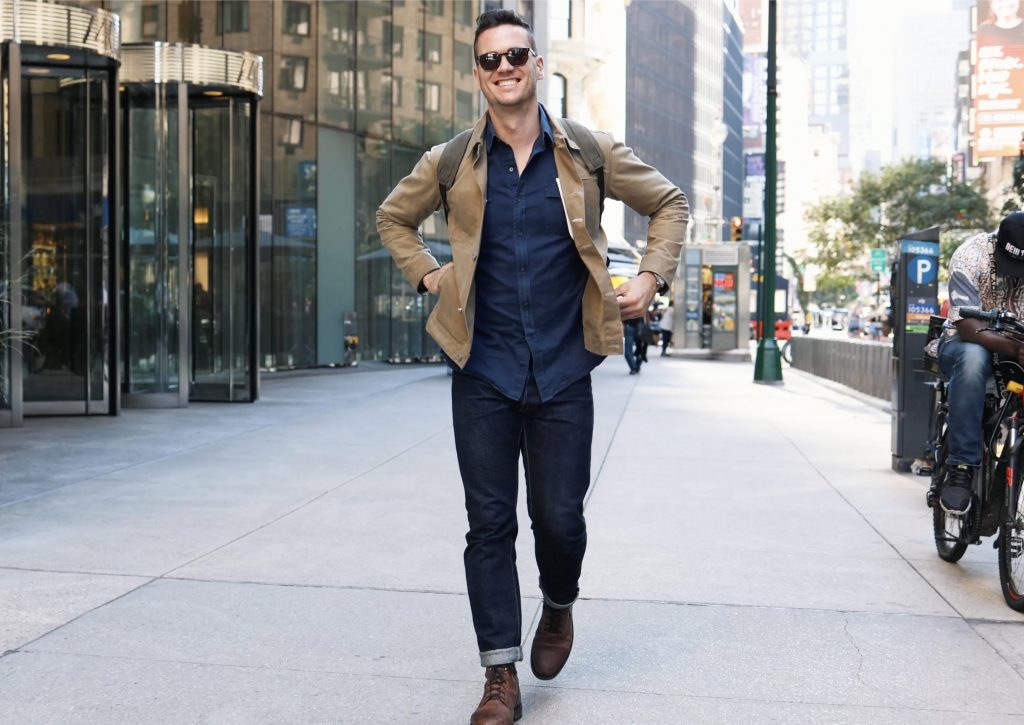 There are two things to keep in mind here: given James Bond drives 300,000-dollar cars and wears thousand-dollar shoes, this is not a bad price to wear part of his wardrobe. Sure, it’s unlined 10-ounce canvas, yes, but it’s made in America and under 300 bucks, which is very rare for a waxed jacket. (See my list of the best waxed jackets to see what I mean.)

I don’t think the price is bad at all. For an American-made waxed jacket, it’s far from the highest price. 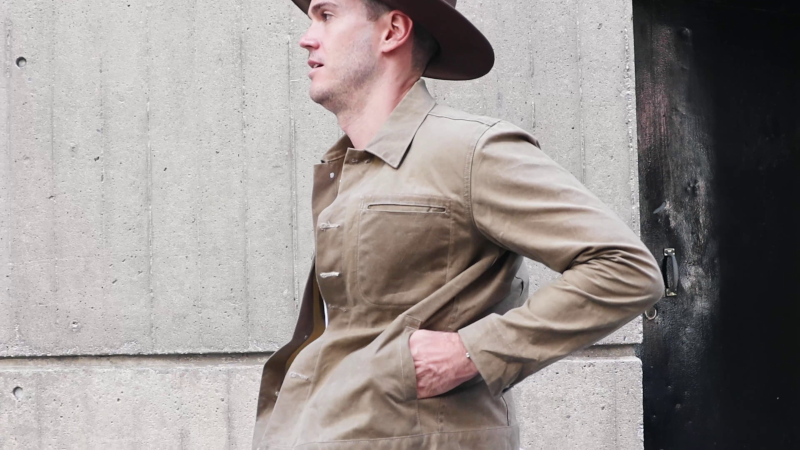 Let’s with up the pros and cons. I like this jacket, it’s nearly perfect, but there are a few things that kinda irk me, but we’ll start with the pros. 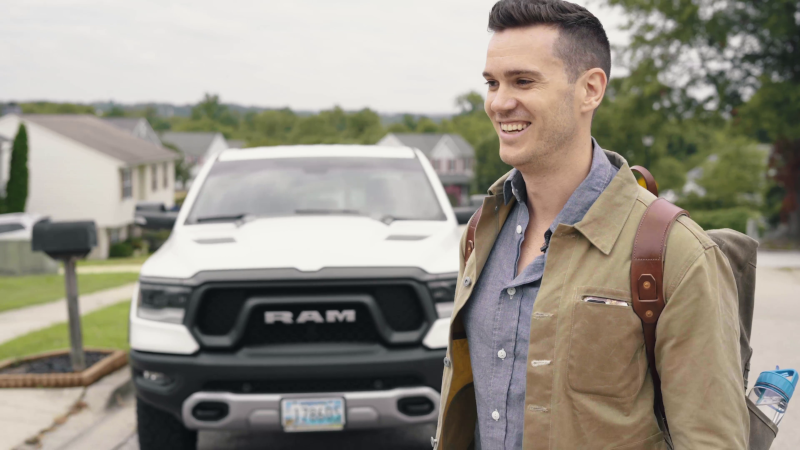 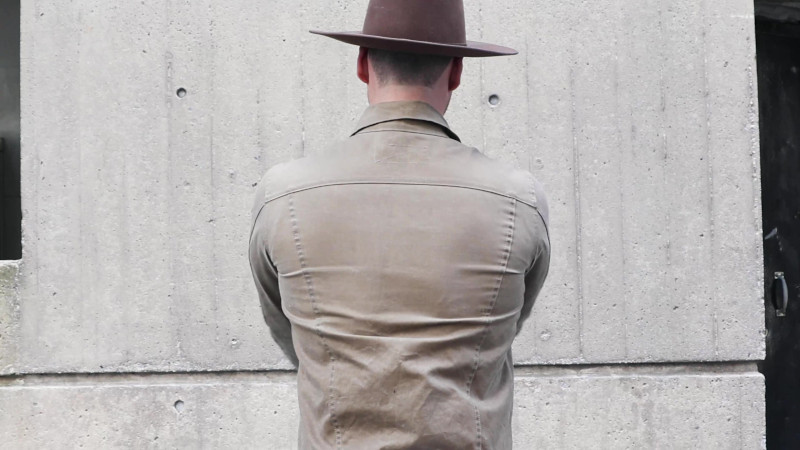 So, do you think you can pull off James Bond’s jacket? If you’re slim enough, it’s a very solid buy. It’s worth it for the bragging rights alone, but as long as it’s under 300 dollars I’ll keep swearing up and down that it’s great value for an American made item, plus it dresses up pretty well and it’ll only get better with age. If you want more garments that are built to last and look better as they do, grab this.