I learned a lot about leather this year; I learned about leather’s quality control standards with a sneaker company; I made my own leather in Mexico; I saw how Thursday Boot Company’s suede is made, I even made my own boots from scratch, and in between I talked to just anyone who would listen about leather.

The most surprising thing I learned? Chrome tanning can be better than vegetable tanning.

This might be surprising because I’ve literally said, along with just about every other self proclaimed leather expert, that vegetable tanning is superior to chrome tanning. Frankly, chrome tanning has a terrible reputation for harming the environment, tannery workers, and for making crummy shoes.

But that’s not the entire story.

Today, I’m going to dispel a few myths about chrome tanning, but first let’s review the differences between these two tanning methods.

What is Vegetable Tanning?

Vegetable tanning is a very old, traditional method of making leather. Before the 19th century, all leather was vegetable tanned.

It’s a slow, labor-intensive process where tanners collect plant matter, like mimosa, that’s high in tannins. Tannins are a naturally acidic and de-putrefy the hide during the tanning process so the skin doesn’t rot.

It takes weeks, sometimes months, and for really fancy leather like certain cordovans, it can take over a year to produce.

It’s highly skilled, laborious work that many consider the epitome of good leather.

What is Chrome Tanning?

Chrome tanning was invented in the 19th century and it uses chromium 3 sulfites instead of organic tannins. It’s way faster, usually taking a day or two, and well over 90% of all leather on earth is chrome tanned.

A bit of background about why people like vegetable tanning better than chrome tanning.

Veg tanning is associated with a being better for the environment.

For a long time, most of the world’s chrome tanning was objectively worse for the environment than veg tanning. The process tended to create copious amounts of chromium 6, which has caused respiratory problems, circulation issues, skin problems, tuberculosis, and even genetic damage among tannery workers in poorly regulated facilities.

Because it’s simply harder to make, vegetable tanned leather is more expensive and it appears to be better quality when viewed through this lens alone. You won’t find cheap mass made products with veg tanned leathers. It’s an artisanal process performed by master tanners.

People like the story of veg tanning, they like the old-world charm. It’s harder to sell “modern” efficiency unless it’s a cost savings.  It can take months and even a year to make veg tanned leather. The products even smell differently — that natural “leather” smell is actually the tannin, you won’t get that from a chrome tanned leather.

Those are the reasons a lot of guys will say chrome tanning isn’t as desirable, it’s seen as dirty, modern, and mass produced.

Chrome Tanning Can Be Better than Vegetable Tanning

But, here are my challenges to some that thinking and why chrome tanning is better than most people think.

Chrome Tanned Leather Is Not Always Bad for the Environment

It has a terrible reputation for producing chromium 6. Chromium 3 is what is used to tan the leather and it’s actually necessary for human nutrition, you can take it as a supplement if you like.

Under certain conditions, like high humidity or pH levels, chromium 3 can oxidize and produce chromium 6 which is associated with a huge range of health problems ranging from skin rashes, ulcers, respiratory problems, weakened immune systems, birth defects, kidney and liver damage, alteration of genetic material, lung cancer, and even death. The Indian city of Kanpur is known for experiencing a ton of these maladies because of its hundreds of tanneries.

But what you don’t often hear is that chromium 6 only happens in poorly regulated tanneries — and that there are ways to ensure zero chromium 6 is produced.

Lefarc tannery in Mexico tightly monitors their process to ensure no chromium 6 is released, same goes for American tanneries. The sneaker company Koio sources all of their chrome tanned leathers from sustainable tanneries that have been audited to ensure they produce no chromium 6.

In the early twentieth centuries, a lot of people could only produce chrome 3 from chrome 6 which was another cause of problems. But nowadays, you’re less likely to get chrome tanned leather that messes up the environment, especially if you’re buying American.

Once you take the negative environmental impact out of the equation, you start to see why it can be better.

For one, chrome tanning tends to take less water and less energy because it’s such a fast process. It usually takes a day or two versus the weeks and months for veg tanning — so there’s another argument that it’s actually more eco friendly.

Chrome tanned leather is also softer and more flexible, which means it’s more comfortable out of the box. I’ve spoken to a lot of bootmakers who prefer old-fashioned veg tan leather because they prefer the way it ages and they like its heritage, but they can’t sell veg tan boots because people return them at a much higher rate.

Yes, if you get a pair, they’ll eventually soften and get comfortable, but it’s not great business to sell them because most people don’t want to wait to have comfortable shoes. Bootmakers that make chrome tanned leather footwear save money and reduce waste. 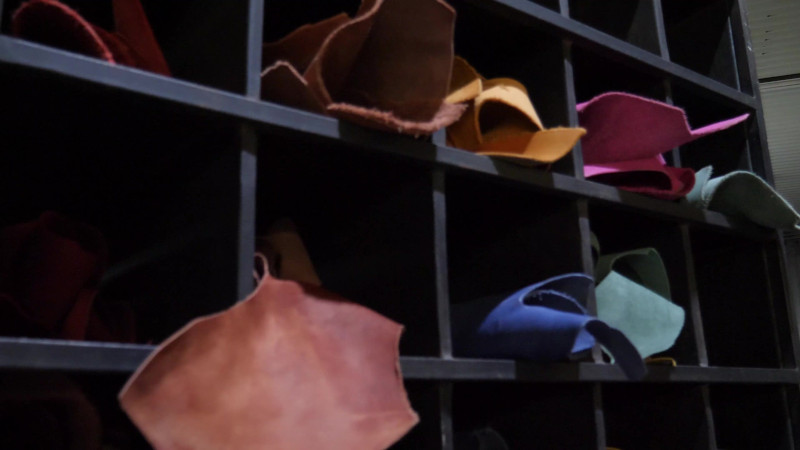 Chrome Tanned Leather Is Easier to Work With

Because it’s softer and more flexible, it’s a lot easier to work with.

I made veg tan leather boots by hand in Guatemala and during the lasting process, which involves stretching the leather over the boot mold, it tore a lot more easily because it’s more brittle. Veg tan is more durable and tough, sure, but it’s also a lot harder to make boots out of and it can cause more waste and ruined product for companies as a result.

It’s also easier to dye. You’ll never find a pure white veg tanned leather because it just refuses to be dyed that much, while chrome tanning has an infinitely wider range of colors you can make from it.

That means more boots and shoes are made and sold because of the abilities of chrome tanned leather. You can also view it from the angle that more shoes being made means more jobs are being created — plus one for chrome tanning! 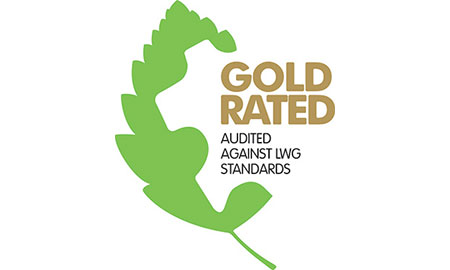 If you want to be certain your chrome tanned leather is the environmentally friendly kind, you can buy American or you can look for a Gold Rating from the Leather Working Group, who rate tanneries for that kind of thing.